Since May 2016, Bendix Commercial Vehicle Systems, LLC, says it has diverted more than 200 pounds of compostable waste each week, as the company closes in on its overall goal of becoming 100 percent landfill-free by 2020.

In a program at Bendix’s Elyria headquarters, the company says it continues to improve its waste diversion efforts by composting organic food waste from its on-site kitchen and through a pilot program involving the office areas and a local nursery. The company has outpaced its compostable waste diversion goal for offices by over 40 percent.

“Environmental responsibility is a never-ending commitment at Bendix, and the progress we continue to make in implementing new programs reflects our dedication to putting words into action,” says Maria Gutierrez, director of corporate responsibility and sustainability. “A program like this requires a determined effort from our employees, and is only made possible through the core environmental values of every man and woman working at Bendix.”

The company’s composting effort began in May 2016 with its on-site kitchen program.

In 2017, as part of its Earth Day celebration, Bendix will kick off the next phase of its composting plan by installing custom countertops over trash receptacles in the employee dining area – with one labeled bin each for composting, recycling, and landfill – plus building display cases to demonstrate the physical materials that belong in each receptacle. Through kitchen composting alone, Bendix says it has been diverting 800 lb. of organic waste per month, the equivalent of between 35 and 40 percent of its cafeteria waste. With the employee dining area expansion, Gutierrez projects the company’s landfill diversion rate to exceed 60 percent.

Since the September 2016 launch of the office pilot program, Bendix has diverted 100 lb. of organic waste each month by removing individual trash receptacles and creating a centralized waste area. In addition to the compostable programs, the company also plans to develop a streamlined waste audit methodology that can be implemented across all Bendix plant locations by 2019, the company adds.

Bendix’s composting effort is part of a two-step plan to increase its waste diversion efforts Year over Year. The company says step one targets diversion of only industrial waste. Four Bendix facilities are already industrial waste landfill-free, and an additional four facilities are scheduled to follow and reach this milestone in 2017. The second step targets diversion from landfills of all remaining waste, including general trash and cafeteria waste.

In addition to the company’s composting efforts, it says key waste diversion and recycling practices include spent material audits (called dumpster dives) that help to identify remaining opportunities in the Bendix recycling programs; instituting returnable packaging with suppliers whenever possible; and creating a business case to go landfill-free through a program sending any remaining trash to Waste-to-Energy (WTE) facilities.

Bendix says it achieved a 96.4 percent diversion rate in 2016, continuing to focus on finding new ways to prevent plant waste from going into landfills by increasing recycling opportunities. 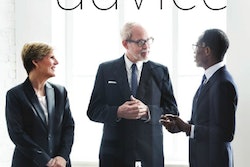 A piece of advice: Why aftermarket suppliers should consider advisory councils 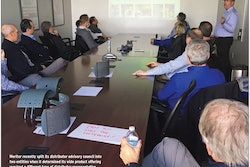 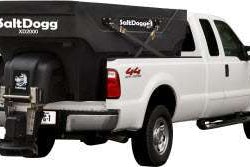 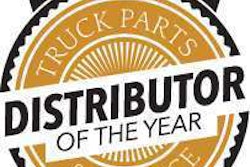