The limits of government statistics

According to the U.S. Bureau of Labor Statistics, the for-hire trucking industry added 51,500 payroll jobs from January 2011 to January 2012, including more than 12,000 just in December and January.

There’s little doubt that trucking is, growing. There are reasons to question the monthly figures from BLS, however.

For starters, the monthly employment situation report comes from something called the Current Employment Survey (CES), which tracks employment at the industry level but not down to the occupation level. So while drivers clearly represent the majority of trucking industry employees and most new hires surely are drivers, there’s no way to know precisely how many. Also, the survey doesn’t capture the one-truck owner-operator, so that’s a drawback as well.

And there’s a methodological limitation with the CES data. BLS estimates the number of jobs in an industry by taking a sample of the number of employees who are paid during the pay period that includes the 12th of the month. Regardless of how long the employee works, an employee will be counted as being on an employer’s payroll.

In an industry that is experiencing high turnover, this potential counting of both the departing employee and the replacement can significantly skew the numbers. And make no mistake: Trucking is a higher-turnover industry.

In the most recent Randall-Reilly MarketPulse survey of for-hire trucking executives, 47 percent of carriers with more than 100 trucks reported driver turnover rates above 50 percent in 2011.

If you follow trucking, those numbers are hardly surprising. But do enough trucking companies replace their drivers quickly enough to make a real difference? Apparently so.

In the January MarketPulse report, 30 percent of those with more than 100 trucks said they replace drivers almost immediately because they are continuously hiring new drivers to replace departing ones. So clearly there’s significant potential for double-counting of driving positions. Even so, growth in the BLS payroll number suggests a rebounding industry.

While we don’t know up to the month how many payroll employees there are in trucking, let alone drivers, but we do know that we have at least a certain number of drivers. Each May, the U.S. Bureau of Labor Statistics conducts the Occupational Employment Statistics (OES) survey, which identifies various combinations of occupation, industry and geographical area.

The problem with the OES is that it takes BLS almost a year to release the data; the agency plans to release the May 2011 data on March 27. As of today, therefore, the most current detailed information is from May 2010. As of then, there were nearly 1.46 million heavy truck/tractor-trailer drivers, and almost exactly half of them — 720,940 — worked for for-hire trucking companies.

We can certainly guess as to the scope of driver hiring by the trucking industry in the past couple of years. According to the monthly BLS data, payroll employment in for-hire trucking is up by 79,600, or 6.4 percent, since May 2010. That 79,600 obviously includes other jobsand likely is inflated anyway due to the double-counting issue explained above, but most of those people are truck drivers, and it offers at least a sense of the current scope of and recent growth in trucking. 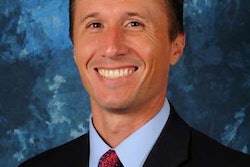 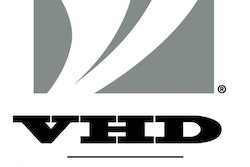