Campbell Holdings, LLC, the parent company of Campbell Supply Company and Campbell Freightliner, announces they will expand their operation with a new Jamesburg, N.J-based facility.

When at full capacity, Fleet Brake says the 50,000-sq.-ft. facility will employ up to 50 people and is expected to be operational this month. The new facility will be an important link in the Fleet Brake parts distribution network, the company says, and will improve its capability to better serve our customers in the Greater Toronto Area.

“This investment in a key market for Fleet Brake is the next step in the multiyear expansion of our Canadian parts distribution network. We are focused on ensuring our customers’ success through a high-velocity network that delivers the industry’s best parts availability,” says John Bzeta, president.

Preliminary data from ACT Research shows orders for Class 8 trucks in November fell to 20,200. That’s a 15 percent drop from October, which saw the highest number of truck orders year to date.

The American Trucking Associations’ For-Hire Truck Tonnage ­Index rallied from a 3.7 percent drop in October with a 3.7 percent gain in November.

FTR’s Trucking Conditions Index for November, as reported in the January 2013 Trucking Update, rose almost two full points to a reading of 9.7.

The Paccar Board of Directors has elected Robert J. Christensen to the position of chief financial officer and executive vice president.

Accuride Corporation and Cetus Capital announce Robert E. Davis of Cetus Capital has been added to Accuride’s Board of ­Directors.

Lisa Jackson, the U.S. Environmental Protection Agency administrator, has stepped down after four years with the agency.

Midwest Wheel announces staffing changes. Dave Reiff has retired as the company’s branch manager in Sioux City. He has been replaced by Andy Barkley. Todd Scheitler also has been promoted to territory manager.

Webb Wheel has appointed Chad Plank as its executive vice president of sales and marketing, and hired Jim LeClaire as an account executive – fleet accounts.

FleetPride, Inc. has acquired the assets of Drake Supply Company. Drake services Southern California with six locations, which bring the total number of FleetPride locations to 28 in the state.

“This acquisition expands FleetPride’s reach into key markets of Southern California including rail yards, Port of Los Angeles, and the Inland Empire,” says Lee Stockseth, FleetPride president and COO. “We expect to continue to improve our customer service through the integration of Drake’s talented organization, branch locations, and product focus.”

“Tye grew Drake Supply from one to six locations. His entire heavy-duty career has been in this market,” Stockseth says. “He has built an organization that is focused on customer service in a market with some very unique logistics issues.”

Meritor is consolidating its North American remanufacturing operations to its Plainfield, Ind. facility.

The company says it expects to transfer production operations from its remanufacturing plant in Mississauga, Ontario by March 31, 2013 while moving its Canadian customer service and support to its Brampton, Ontario facility.

“We believe this investment will help us improve efficiency while better serving our customers in today’s competitive landscape,” says Doug Wolma, general manager, Global Aftermarket Operations. “At the same time, this move will strengthen our global ­remanufacturing footprint.”

As a result of these actions, Meritor says it plans to invest approximately $1.4 million in its Plainfield facility while creating approximately 82 new jobs during 2012 and 2013.

HDA Truck Pride announces the expansion of its master warehouse to a new, larger facility in the metropolitan St Louis area.

According to HDA Truck Pride, this expansion supports its plan to insure availability of all critical products and services to the entire membership. The facility also will house the corporate offices, combining formerly separate operations and improving customer service to the members, the company says.

“The larger, modernized facility will allow us to expand our master warehouse offering immediately. And while our goal is to insure the availability of all critical products, we also have plans for ancillary items and complimentary product categories. We are excited to embark on this new venture and are confident in the growth potential that the master warehouse brings to the HDA Truck Pride network,” says Bill Burns, COO.

“Combining the corporate offices into the new facility was an added win which allows for enhanced customer service with streamlined communication and immediate response to our members.” 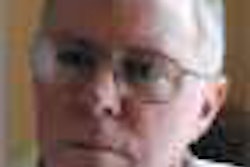 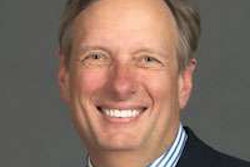 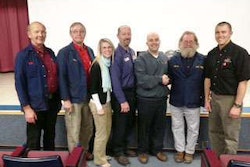 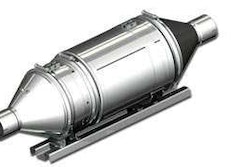 Wildfires sparked by DPF, recalls force Cleaire out of business