Oilcheck oil monitor measures the effect of all the contaminants and the electro chemicals that occur in synthetic and petroleum based oils by detecting and measuring the oil’s dielectric constant, the company says. 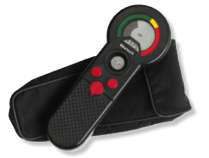 By comparing the measurements obtained from used and unused oils of the same make and grade, the oil monitor is able to determine the degree of change in the oil’s dielectric constant. Dielectric change is directly related to the contamination level and degradation of the oil and may allow the user to achieve longer intervals between oil changes and immediately detect increased mechanical wear and coolant dilution, resulting in the loss of the oil’s lubricating properties.