The Aftermarket and weather

Twenty years ago we started a monthly report for our clients called DataPulse Plus. It was (and still is) meant to provide our clients with feedback from truck dealers and heavy-duty distributors on how their parts and service (if they have) business performed in the last month and what was impacting their business positively or negatively. I helped write this report for five years and I typically would struggle with how to deal with the comments folks provided on weather.

In the same month, one respondent would say parts sales are up because the weather is bad and causing components to fail and another would say parts sales are down because the weather is bad and keeping the vehicles off the road. Both statements were the respondent’s best estimate of what was going on, although the cause of an actual increase in sales is easier to identify than a drop off. I don’t believe many customers call in to their local parts provider and say, “I haven’t worn out that alternator this month because we haven’t been running the truck as much because of the weather.”

You can measure the impact of some weather.

We did a study on Katrina, the hurricane that hit the gulf coast in 2005, for a client that was interested in the impact on the economic activity in that area as it related to trucking. The impact was negative and sustained as you can guess, even with offsets from new construction and roadwork.

Last year I had the opportunity to tour FleetNet America’s offices in Cherryville, N.C. FleetNet provides emergency road services (as well as many other services) for trucks that break down. Their call center is an amazing operation to see in action as they handle hundreds of minor and major breakdowns across the country with large status screens tracking the status of each breakdown.

On my tour, I asked FleetNet President and CEO Gary Cummings if they had an uptick in business from Chicago in the previous week because we had a pretty big snow storm. His response was that snow storms were not as big of an issue. The biggest weather issue was extreme temperatures—cold and hot as the temperatures stress components to the breaking point.

Recently, we were asked to put together an aftermarket parts weather index with specific focus on tracking and measuring the impact of winter weather on aftermarket parts sales. For several months, we hemmed and hawed whether this was possible, in part hoping the request would go away, especially after another client told us they hired a large, well-known consulting firm to do the same thing and they told them, after billing them, that it wasn’t possible, thanks for the business.

I don’t hold out much hope that we’ll be able to put specifics to the impact of weather, but we’re going to take a shot at it (this will be part of our DataPulse Plus report—no innocent clients will be billed in the process). We have some smart folks here and at our client companies, so who knows what we may find—check back with us in a couple years.

If we do find an association with say extreme cold air and an increase in parts sales, maybe we can convince Canada to send more our way. If not, maybe that is the border we need to build the wall on, to keep the cold air out.

John Blodgett has worked for MacKay & Company for more than 20 years and is currently vice president of sales and marketing, responsible for client contact for single and multi-client projects. He can be reached at john.blodgett@mackayco.com. 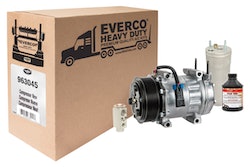 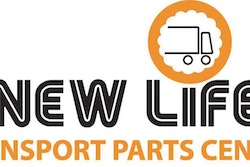 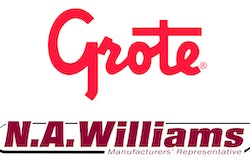 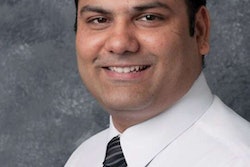