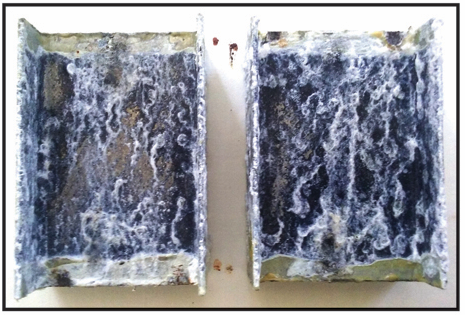 A study released this week has revealed the limitations of galvanized steel and its inability to withstand exposure to the most common corrosive agent, sodium chloride.

The study, which was performed by Daubert Chemical in accordance with the American Section of the International Association for Testing and Materials (ASTM) B117 standards, compared galvanized steel I-beams to I-beams coated with Daubert’s Nox-Rust 1210HP wax-based coating.

The company says it performed the experiment in response to its OEM customers’ inquiries regarding the viability of galvanized components in trailer chassis construction.

“Questions about the use of galvanized steel chassis components have arisen among truck and trailer OEMs in recent years,” says Mike Duncan, Ph.D., vice president technology for Daubert Chemical. “As we discussed the topic with our customers, we realized that nobody had done a definitive study on the subject, and that’s when we decided to undertake formalized testing.” 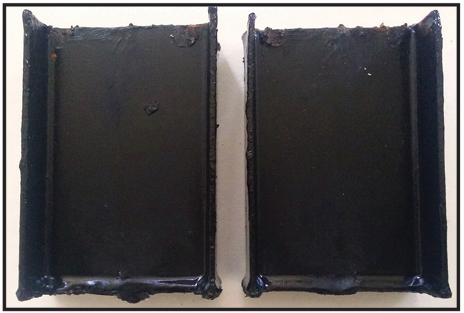 A wax-based coating is hydrophobic and repels water molecules, preventing the oxidation that can be caused by moisture contacting the metal beneath its protective layer, the study shows.

Also known as salt fog testing, the ASTM B117 is a standardized method used to assess the corrosion resistance of various surface coatings and is often used in side-by-side comparisons that demonstrate the relative effectiveness of different coatings. Salt spray testing is an accelerated corrosion test that approximates the long-term protective efficacy of a coating and is equally effective at predicting its failure rate, Daubert says.

The test results showed that after 1,000 hours of exposure to the saline spray, the galvanized steel I-beam underperformed in comparison to the I-beam coated with Nox-Rust 1210HP wax-based coating. The continuous salt spray exposure caused the galvanized sample to begin visibly shedding its protective zinc coating in the form of zinc oxide, also known as white rust, the company says.

Additionally, the zinc coating used in the galvanizing process is known as a sacrificial anode because it corrodes first, in preference to the metal substrate it is designed to protect. In contrast, Daubert says wax-based coatings are hydrophobic and repel water molecules, preventing the oxidation that can be caused by moisture contacting the metal beneath its protective layer.

Using galvanized metals for trailer construction could present other problems as well. Daubert says galvanized steel is only protected as long as the zinc coating is in place. Trailer assembly processes, such as attaching landing gear, slider suspension boxes, wing plates, lighting brackets and the like, often includes welding, grinding and drilling operations that can dislodge the zinc coatings on galvanized steel, causing hazardous particulate matter to become airborne. Once the protective zinc is removed, the steel substrate is vulnerable to corrosion due to both oxidation and galvanic reaction from contact with dissimilar metals, the company says.

In contrast to galvanization, the Nox-Rust 1210HP coating is self-healing. With Nox-Rust, a residual anticorrosive barrier of the wax-based material is retained even after machining of pre-coated stock has taken place. The Nox-Rust coating is also available as a touchup solution that can be applied to areas where the coating has been significantly disturbed in the assembly process, the company says, and it also adheres to fresh welds and provides residual oxidation and galvanic suppression during the application of screws, bolts and other mechanical fasteners.

“The idea that corrosion can be avoided by building a trailer using galvanized components is a myth,” Duncan says. “You simply can’t take corrosion out of the equation with galvanized steel, but you can successfully manage corrosion on all exposed metals, including galvanized, very cost-effectively with hot-melt wax-based coatings like Nox-Rust 1210HP.”