As we enter into a new year (2018 for those of you keeping track) most firms have, or maybe a little belatedly, are now determining what their goals are for the year. This is the same for the heavy-duty aftermarket as it is for any industry.

We are currently (as of January) in the 103rd-consecutive month of economic expansion for the U.S. economy since the end of the recession in June 2009. Obviously, all those months were not easy going, many portions of the economic recovery and expansion were very weak and for some sectors, such as fracking and oil drilling, there have been some high highs and some low lows.

The economy during this expansion has dealt with exchange rate issues, burdensome government regulations, a slowing economy in China, economic slowdowns in Europe, outright recession in Brazil and other factors. Not that everything is peachy keen (good) across the world; there is still Dennis Rodman’s friend in North Korea, but globally on whole, things are good.

As of Dec. 8, 2017, unemployment was at 4.1 percent, a 17-year-low in the U.S. People that had fallen off all records for unemployment are coming back to work and many of those working are seeing their incomes increased, which bodes well for consumer spending.

Trucking payrolls grew by 1,800 in November, imports are up — which means good activity at the nation’s ports — and consumer and business confidence are at record high levels.

MacKay & Company tracks fleet utilization and it has been very strong for the first three quarters of 2017. Parts sales for aftermarket component manufacturers and their distributors have been consistently up in 2017 over 2016. Truckable Economic Activity (TEA), a MacKay & Company report on the trucking economy, has not been this positive since before the recession.

Bob Dieli, the MacKay & Company economist, has a short term economic tool called Enhanced Aggregate Spread and it is currently showing a good economy out past mid-year. (See Bob for details.)

So, if you are somebody who is responsible for obtaining sales goals, this would not be a good time to throw in the excuse of the economy for slow sales or anticipated underperforming to target goals.

Not being able to meet customer demands, competition, accidentally running over a customer’s dog, may all still work as excuses, but blaming a bad economy likely won’t work in 2018. If you still think the economy is bad here — contact someone in Brazil for some level setting.

Our current forecast for the after-market (soon to be updated this month) is up slightly compared to a strong 2017, but my guess is when we get fourth quarter fleet utilization, our outlook for 2018 will be more robust.

These are the good old times (unless you are certain politicians or newscasters) that we will be referring to during the next recession (not if, but when and hopefully many years from now).

So, enjoy and get excited to attack the opportunities. I think most people would agree it is more fun trying to keep up with customer demands vs. try-ing to keep your doors open, although both can be exhausting. 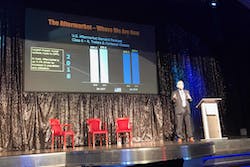 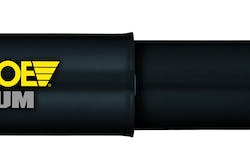 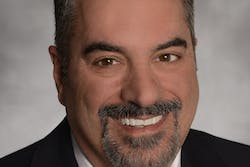 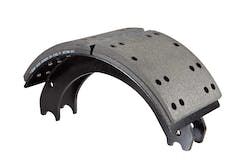