A busy day at Heavy Duty Aftermarket Dialogue concluded Monday with two panel discussions on the needs and expectations of vehicles owners.

The first panel discussion cut right to the source, with representatives from four different fleets sharing their experiences on maintaining a commercial fleet in today’s business climate. They were then followed by a quintet representing OEMs, dealer and independent distributors.

The opening panel spent much of the first half of its discussion on the topic of parts purchasing. The group said about half of their parts purchases are proprietary components (engine, after treatment, body components, etc.) and the other half come from the aftermarket. Among those aftermarket purchases, most of the panelists claimed to be brand loyal, using OE genuine aftermarket parts to replace like-for-like as much as possible.

Ernie Sibbick, maintenance supervisor at Keith Hall & Sons Transport, says he goes with 100 percent OE genuine for all of his fleet’s replacement parts. Sibbick says his company prefers that practice for the safety advantages and acknowledges it’s also a little easier.

“It’s easy to just one [part] number” for everything, he says.

Safety drives decision making for Brian Beaudrie as well. In his role as corporate vice president of maintenance at Advanced Disposal, Beaudrie says his company will occasionally test an aftermarket product when presented with one from a trusted supplier, but only after successful testing will they implement the product in their fleet. If forced to choose between OE genuine and an unknown aftermarket part, Beaudrie says he’ll take the premium product each time.

Beaudrie’s comment also aligns with another key topic from Monday’s panel: partnerships. The fleets on stage Monday were unanimous on the importance of relationships with parts distributors and service providers. Good prices are important, but to fleets, part accessibility is priority number one.

Gerry Mead is at Phillips Industries now, but in his former life as senior vice president of maintenance at US Xpress, he says his fleet would consider its aftermarket expectations before purchasing equipment. Mead says his goal was to find solutions providers, aftermarket businesses he could rely on no matter what, because when a truck is down, “that part has to be there.”

Chris Trajkovski echoes that same desire for solutions providers as vice president of transportation and fleet maintenance at C&S Wholesale Grocers. As a food hauler, Trajkovski says reducing downtime is top of mind at all times. He says for a dealer, distributor or service center to do business with his fleet, C&S requires an assurance that when they need anything, that that aftermarket business will do the legwork necessary to find it as quickly as possible.

In the second panel, representatives from Ryder, PBS Truck Parts, Paccar, Warner Truck Centers and AASA hit on many of the same topics.

Regarding brand preference and customer loyalty, AASA President and COO Bill Long says aftermarket distributors in the automotive industry have seen an uptick in brand loyalty as the industry moves more toward e-commerce. Long says when a customer goes online to search for a part, the value proposition provided by a premium brand lends credibility and can be a determining factor when a product’s specifications and prices are similar.

At Paccar Parts, Matt Treadwell says his company is finding its customers turning more and more to e-commerce as a method to make stock orders and regular purchases. He says the OEM part division had an 80 percent increase in electronic sales in 2017, with most purchases coming from established customers purchasing products they know well and need almost every day.

The story is the same at Ryder, where Scott Gates says his company has operated an e-commerce parts website for nearly two decades. Gates says the online option has functioned as a supplement to its conventional distribution channels. He also expects e-commerce purchasing to rapidly increase, but he believes there will still be a need for brick-and-mortar stores with large inventories and, more importantly, educated product experts available for vehicle owners.

“Parts are a commodity. You probably won’t be around too long if you’re only selling parts,” he says. “You have to understand their pain points.”

Doing just that has been the status quo for PBS Truck Parts for years.

At PBS, President Bill Nolan says his company works tirelessly to train its counter people and salespeople to understand the trials and tribulations of its customer base. Nolan believes the aftermarket will always be a relationship business, and that reliable and available distributors will always have a place in trucking.

“[Customers] need someone they can trust,” he says. 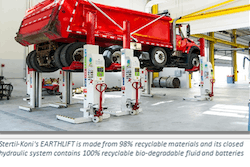 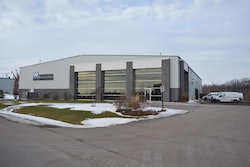 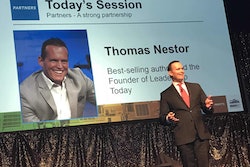 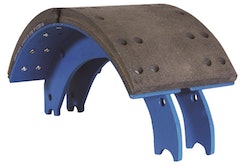