A true win-win for the aftermarket

For those who missed Heavy Duty Aftermarket Week (HDAW) 2018 last month, there was a lot of great news pouring out of Las Vegas.

The medium- and heavy-duty independent aftermarket and U.S. economy are on the rise. New truck orders are up. Used truck prices have stabilized. Fleet utilization is at its highest point in nearly a decade. The energy sector isn’t quite booming, but production has grown significantly in the past year. Steady construction and consumer spending are positively impacting truck tonnage.

The supplier community continues to invest heavily in online technical and training databases to support the distribution channel. E-commerce portals are making it easier to order parts and freeing up time for distributor professionals to solve customer problems. New products hit the market each day.

If only we could find new employees.

Yes, despite a wave of good news flowing through HDAW, the aftermarket’s employment shortage hangs over the industry like a storm cloud. Nearly every conversation I had in Vegas found its way to the topic and, while some companies seem to be having more success recruiting than others, no one in the aftermarket has solved the industry’s employment problem. It’s not for lack of trying.

Betts Company believes the California blueprint is repeatable, and during conversations at HDAW, CEO Mike Betts says interest to implement a similar program in other regions is higher than it’s ever been.

Many aftermarket operations have token relationships with area technical schools, but developing a true feeder program for the aftermarket requires a partnership.

And on that topic, I have good news.

Thanks to unceasing support from our industry, the Wyakin Foundation is currently exploring the potential of opening a second location as a talent pipeline for the aftermarket.

For those of you who know the Wyakin Foundation, you already know the potential greatness of this idea. For the rest of you, I believe this is an initiative worthy of your support.

The Wyakin Foundation was founded in Boise, Idaho, in 2010 to provide a pathway for “wounded and injured post-9/11 veterans to transition through education into careers of their choosing.” More than 80 percent of all donations to the foundation go to the education of its students and, since its inception, two dozen veterans have earned their degrees thanks to the program.

Wyakin Executive Director Brent Taylor gives the aftermarket a lot of credit for that. Taylor says no industry is as vocally and financially supportive of the Wyakin Foundation as the aftermarket.

Four suppliers (Meritor, Minimizer, Phillips Industries, SAF-Holland) donated a portion of their sales at HDAW to the organization, and in 2016 Meritor hired Wyakin alum Brandon Woodard in its aftermarket operation.

Taylor says such efforts have not gone unnoticed by Wyakin’s veterans. It’s why the organization wants to expand in the aftermarket. “We keep hearing this refrain about the need for talent in this industry and our product ultimately is good, employable talent,” he says.

Like any charitable organization, Taylor says what comes next will depend on financial support. The organization would love a second location in a heavy veteran and trucking area but could also develop an aftermarket-focused curriculum at its Boise headquarters.

No matter where it is, Taylor hopes the other aftermarket businesses see the value of such a partnership. “It’s the kind of thing that makes sense for everybody. It’s a true win-win,” he says. 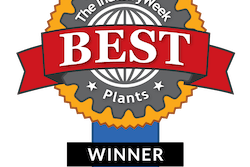 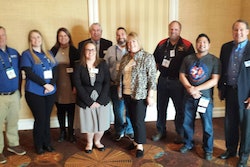