It comes as no surprise to the aftermarket industry that it’s in dire need of qualified medium- and heavy-duty maintenance technicians. Helping to spearhead efforts to get students interested in the field – and to develop the curriculum and facilities needed to learn the trade – is Mike Betts, chairman and CEO, Betts Company.

To help illustrate the tremendous need for technicians, Betts points out that in the Central Valley area of California, there isn’t a medium- to heavy-truck program within a 150-mile radius, yet there’s a “massive amount of trucking fleets and truck repair facilities, and we have a massive shortage of new and upcoming maintenance mechanics.”

Betts has been leading the charge for several years to promote the vocation among students and he, along with like-minded others, gave a progress report for the Central California area at a session during Service Opportunity Learning Days (SOLD), which preceded Heavy Duty Aftermarket Week (HDAW) last month in Las Vegas.

Ward and Cara Jurado, college and career readiness coordinator for the school district, “have been in the trenches with us now for better than two years,” says Betts. “They’ve been involved in the design and the vision.”

Jurado says she visits middle schools to promote the school district and the “pathways” and options students have.

“What’s most interesting about this pathway is kids can relate to it right away,” she says. “As soon as I start talking about heavy truck … they have family who are in this industry already. Their fathers are truck drivers; their uncles are mechanics; and they already know there’s a need for this and it’s interesting to them. They get excited about it.”

Similar programs are being developed at other schools in the area, including Clovis Community High Schools, Madera Unified School District and Reedley College.

For programs such as these to work, they need to be firing on all cylinders, and that means local businesses have to get involved.

Service shop owners need to be more involved with school advisory boards in their area and, if they’re not, they will continue having difficulty attracting talent out of schools, according to Walt Commans, Automotive Service Excellence consultant, western states.

“You’ll hear schools aren’t teaching what [the industry] needs to have technicians do and the schools are saying, ‘the industry isn’t telling us what we need to teach,’” he says. “There’s not a working relationship there. Get involved with the schools in your area. It’s that critical. Find your local high school and community college and get involved.” 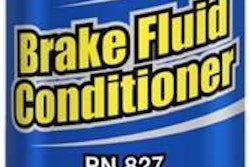 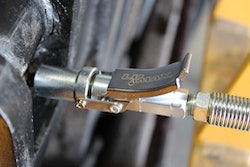 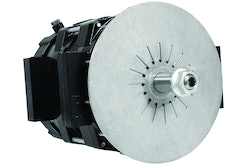 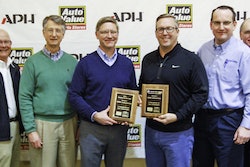