The humor advantage, and how commercial trucking remains committed to diesel

If you’re running a business with a retail counter, you’ve seen how it works first hand. A customer comes in and he’s livid. He’s dirty; covered in oil and grease. His eyes are bulging. As he approaches the counter, your people brace themselves.

He launches into his tirade. It’s prepared, no doubt. Mary Feeley says that much is for sure. But then, about halfway through his monologue, something amazing happens. While your customer pauses to catch his breath, your sales person steps in. He apologizes. It doesn’t matter who is at fault, he still apologizes. Then he goes one step further. He tells a joke.

It’s nothing fancy, Feeley says. Just a quick quip, something to cut the tension. And it works. The customer chuckles. He takes another breath. The tirade is shelved.

Five minutes later the duo is chatting like old friends, working together to solve the customer’s problem. Feeley says that’s The humor advantage at work.

During a keynote address Wednesday at the Association of Diesel Specialists (ADS) Convention and Tradeshow in San Diego, Feeley spoke on the importance of humor, and how business owners can use humor in all aspects of their business to help customers, develop team camaraderie and implement change.

“Humor helps us negate and neutralize emotions,” says Feeley, a certified speaking professional. “It helps us cope with change and can heal us when we’re forced into situations where we have no control.”

Feeley says promoting humor in a service operation is useful because it brings people together. A good team requires people with different personalities and skill sets, and Feeley says a “universal language” like humor can bond those personalities together so everyone is focused on the common good. She says that is specifically important when managing change.

Making light of a change situation, showing your people that you understand their emotions and feel the same way, helps alleviate some of that stress.

And, like mentioned above, Feeley says humor is invaluable on the front line with customers. Your counter people don’t need stand-up experience, but if they’re quick on their feet and able to identify customer personalities and respond with kind, humorous words, Feeley says your business can use incidences of customer concern into opportunities to improve customer loyalty.

Ferguson optimistic on future of ADS

Wednesday’s opening general session also included a brief presentation by outgoing ADS President Carl Ferguson of Taylor Diesel. During his decade as an ADS board member and officer, Ferguson says he’s witnessed remarkable change to the diesel industry. Ferguson says the changes have come quickly and without warning, but thanks to efforts made by ADS, he believes the diesel service industry is well positioned to survive an industry in flux.

“This group is ready to face these challenges and move forward,” he says. “I believe you will figure out the path to success in your business.”

Wednesday’s general session concluded with a presentation by Tom Fulks of the Diesel Technology Forum on the status of diesel in the global vehicle marketplace.

Fulks says the Volkswagen diesel emissions scandal that broke in 2015 in the United States has been incredibly damaging to the perceptions of diesel auto makers in the passenger car market. He says in both the U.S. and Europe, customers interest in diesel vehicles has waned, though things have been worse in Europe.

It’s in the commercial trucking market where Fulks says diesel “turns it all around.”

On the commercial trucking market in particular, Fulks says the future of fuel remains diesel and “will be diesel for a long time,” adding for the diesel service center audience, “until the math and science changes, you are going to be in business for quite some time.” 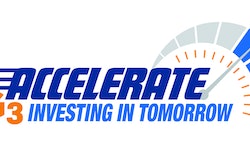 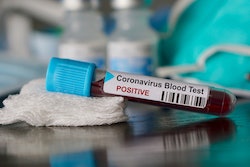 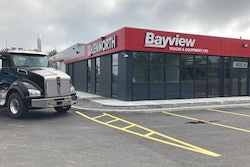