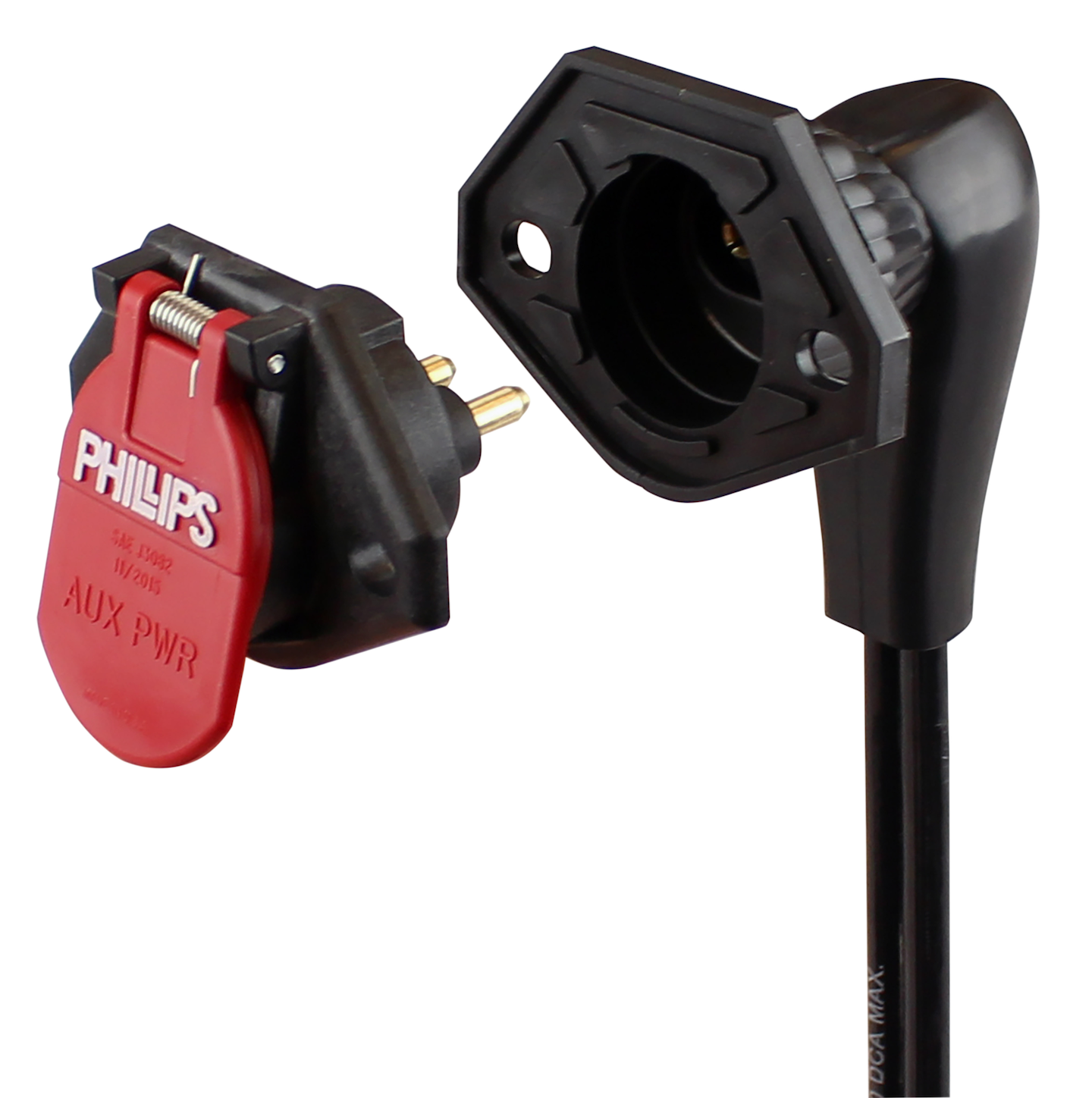 To combat this, the company says the Dual Pole QCS2 was designed with the same corrosion fighting technology as the original Phillips QCS2, initially developed for the seven-way connection when fleets began seeing the impact of harsh deicers introduced to treat the roads.

The Dual Pole QCS2 consists of a dual pole harness boot, completely molded to the liftgate harness cable, which grips the socket and holds it in place, Phillips says. The socket, with non-corrosive housing and a completely sealed inner cavity, blocks moisture and contaminants between the plug and socket union, keeping corrosion out.

An additional feature this product offers is offset pins. Pins that are offset prevent accidental arcing. With a longer negative pin and shorter “hot” pin, the connection is grounded before power is circulated through the system on the positive pin, thus avoiding the potential for any sparks, the company says.