Even at age 86, Ray Montalvo still comes into work six days a week at McComb Diesel, the Western Star dealership he opened in 1969.

Though son Frankie Montalvo now runs daily operations, the father has no qualms about telling his son what to do. He’s stubborn like that. It’s the same tenacity that led Ray Montalvo to try to retake his native Cuba from Fidel Castro in 1961’s Bay of Pigs Invasion.

The family had owned a brewery in Havana, but lost it when Castro came to power in 1959. The Montalvo family fled to New Orleans, where Montalvo worked for Pepsi-Cola and Detroit Diesel. Then, he and 1,400 other anti-Castro exiles were recruited by the CIA to invade Cuba and overthrow the Communist dictator.

However, the invasion failed and Montalvo was captured. He spent 21 months in a Cuban prison before being ransomed by the U.S. government and allowed to return to the United States. When free, Montalvo became a U.S. citizen and dedicated himself to achieving the American dream in his new country.

He opened a Detroit Diesel dealership in southern Mississippi, selling and repairing engines for the booming oil industry in the Gulf of Mexico. He began selling trucks in the early 1970s, retailing Western Star and three other makes. The dealership stopped selling Western Star trucks for a while as the brand changed owners, but rejoined with Western Star in 1987.

“They’d say, ‘Son, if it doesn’t have a dog on the hood, don’t bring it out here,” Frankie recalled. “And I can’t tell you how many of them are now driving Western Stars. Once we got them to try Western Star, they were hooked.”

McComb is now doing business with the children and grandchildren of those first skeptical buyers, Frankie says, only now they’re as loyal to Western Star as their parents and grandparents were to the other makes.

McComb Diesel grew by serving the oil and gas, timber and construction industries in Louisiana and Mississippi and providing top-notch service for all makes in its 22-bay service department.

“We invest in the equipment and in training for our technicians, most of whom have been with us for more than 10 years. We pride ourselves on providing the absolute best service for our customers and getting them back on the road as soon as possible,” he said.

The addition of the Western Star 5700XE in 2015 allowed the dealership to attract new customers looking for efficient on-highway trucks with the same Western Star ruggedness and classic looks.

“The reception has been great and Western Star has given us the support we need with the 5700XE,” Montalvo says.

McComb Diesel will celebrate its 50th anniversary in 2019, just two years after Western Star reached the same milestone. Frankie said he expects his father to advise him on how to celebrate the occasion.

“In our business and in life, I still learn from him daily. He’s not only my dad, he’s my best friend. After a life of much hardship and blows, he has always maintained such a positive attitude. He truly inspires me,” Frankie says. 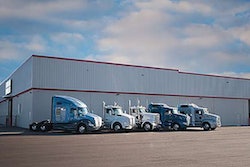 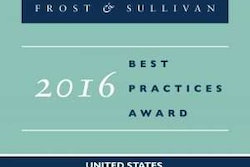 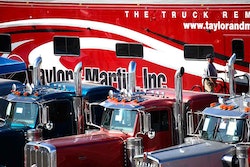 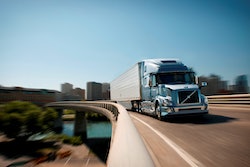