After flat volumes in April, the 3 percent month-over-month decline in May was not unexpected, as historical data indicates that used truck sales volumes usually dip in late spring. However, longer-term comparisons indicate used truck sales volumes up 12 percent year-to-date compared with the same period in 2017, according to ACT Research’s State of the Industry: U.S. Classes 3-8 Used Trucks. The report also indicates that the average price of total used Class 8 trucks rose 11 percent year over year, while average mileage fell 1 percent year over year.

“Dealers are reporting that used truck sales are very good, but some are reporting difficulties finding enough trucks to meet demand,” says Brian Armstrong, Information Systems Manager at ACT Research. “As the used truck market stays strong, many fleets opt to sell their own used trucks themselves, since they can make more money that way, rather than by trading the trucks.”

Individual market segments yielded mixed results in May. Armstrong says, “The auction and wholesale market segments fell 15 percent and 10 percent, respectively, month-over-month, while the retail sector improved 1 percent. On a year-over-year basis, however, the retail and wholesale markets were up 18 percent and 14 percent, respectively, while the auction market fell 12 percent. Looking forward, we expect full-year totals to remain at or near current levels.” 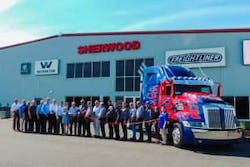 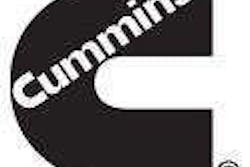 Cummins preparing to pay tariff on own products sourced from China 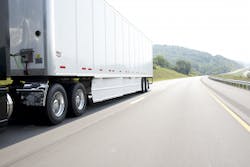 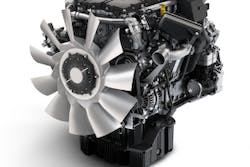