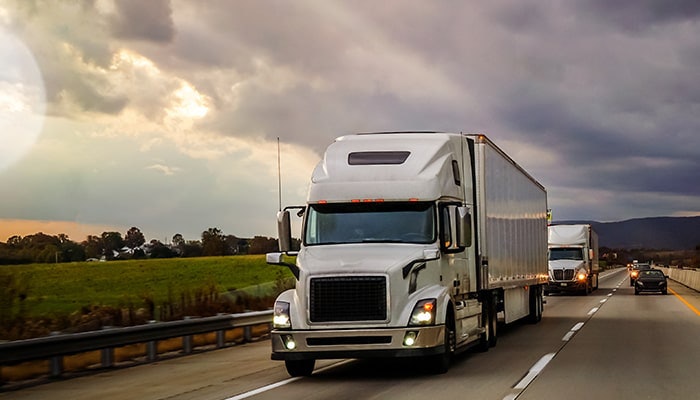 “Little has changed since August with respect to the freight market and freight rates, while uncertainties surrounding trade and tariffs continue to weigh on truck buyers’ psyches,” says Steve Tam, ACT vice president. “Fleet overcapacitization has led to reduced utilization, with all the foregoing considerations conspiring to undermine demand.”

Although Class 8 demand was up month to month, it was down 72 percent year over year, FTR reports.

Class 8 orders continue to track in the 10,000-13,000-unit range for the fifth month in a row. Fleets are moving around or canceling orders previously placed but are not ordering many new trucks for Q4 delivery. Carriers have not begun ordering for 2020 requirements yet because of the tariffs and the economic uncertainty, FTR states.

“Class 8 orders have been markedly consistent. Unfortunately, they are stuck at the bottom of the cycle. It’s basically the same story as the last several months; all the orders needed for 2019 were placed months ago and fleets are now adjusting delivery dates and finalizing requirements,” says Don Ake, FTR vice president, commercial vehicles.

“Fleets are nervous. Freight growth continues to ease back. The latest manufacturing and construction numbers are concerning. The trade issue with China looms. In this environment, fleets see no reason to begin ordering for 2020 until Q4. However, we are returning to normal industry ordering trends after a tumultuous period and orders should rise in October,” Ake says.

Regarding the medium-duty market, Tam says, “Previously a picture of stability, the medium-duty market marked a sixth consecutive month of below-trend net order activity in September, which is more a recognition of the outsized strength of the market in the not-too-distant past than a comment on its current state. Nonetheless, demand is slowing, setting up expectations for a small decline next year.”

ACT notes its numbers are preliminary. Complete industry data for September, including final order numbers, will be published in mid-October.

Final September data will be available from FTR later this month as part of its North American Commercial Truck & Trailer Outlook service.