Cummins reported its results for the third quarter of 2020 earlier this week.

The company says third quarter revenues of $5.1 billion decreased 11 percent from the same quarter in 2019. Sales in North America declined by 18 percent while international revenues were flat. Earnings before interest, taxes, depreciation and amortization (EBITDA) in the third quarter were $876 million (17.1 percent of sales), compared to $958 million (16.6 percent of sales) a year ago, the company says.

“Cummins successfully translated increased sales into strong profits and produced record operating cash flow during the third quarter,” says Chairman and CEO Tom Linebarger. “I want to thank our employees all over the globe once again for their dedication to our company and to our customers. Over the last six months we have faced both the most severe decline in quarterly sales in our history as well as the largest sequential increase. We continue to work safely and effectively through an incredibly challenging period, meeting our commitments to customers who provide products critical to the functioning of the global economy.”

“We continue to advance existing products and invest in new technology while returning cash to shareholders,” says CFO Mark Smith. “In October we announced a 3 percent increase to our quarterly dividend, which will make 2020 the eleventh consecutive year of increases to Cummins’ dividend.”

Sales in the company’s Distribution, Components and Power Systems segments were also down across the board, falling 14 percent, 7 percent and 13 percent, respectively.

Looking ahead, Cummins currently expects fourth quarter revenues to be similar to third quarter levels, with higher demand in North America truck markets and continued improvement in aftermarket sales, partially offset by lower demand in China. On Oct. 1, the company ended temporary salary reductions that began in April. Compensation expense is projected to increase by approximately $90 million dollars in the fourth quarter due to the end of these salary reductions.

“We are encouraged by the recovery in demand across our markets in the third quarter,” says Linebarger. “We will continue to manage cautiously through the remainder of the year as visibility on future orders remains low and the impact of the virus on economies around the world remains difficult to predict.” 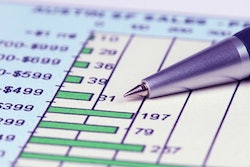 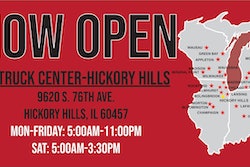 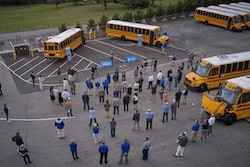