In the release of its Commercial Vehicle Dealer Digest, ACT Research has reported its forecasts were raised across-the-board in January, amid greater-than-expected build rates, which continue to apply upward pressure to forecasts.

“We always track the forecasts relative to the actual results. However, there comes a point in every year when the models take a backseat to what is actually happening. With ACT’s freight metric indicating 10 percent freight growth in 2021, the question today has moved from what the models are saying to trying to determine the speed at which build rates climb from here,” says ACT President and Senior Analyst Kenny Vieth.

The reengagement of the global economy has created significant constraints on steel supply and could be a limiting factor in early 2021 as the supply chain attempts to ramp up to build more trucks and trailers. What’s more, microchips also have been added to the list of supply chain concerns.

“At this juncture, our expectation is that the industry will follow standard procedures and red-tag incomplete trucks coming off the assembly line and repair them on the back end. As an illustration, the industry continued to build through a tire-and-axle shortage a few years back. While we believe this will be the case, we are monitoring the situation and will make adjustments to build expectations, accordingly,” Vieth says.

ACT also recently reported in its Transportation Digest that 2020 wasn’t all bad for truck transportation and the heavy-duty market. In fact, it was only one quarter bad.

“The shock and magnitude of the second quarter economic decline was without precedent in post-World War II history, forcing a reach to the Great Depression for parallels. But the remarkable rebound of the economy and in truck freight began in the summer and gained momentum into autumn. Even during the worst of the trough in April and May, we forecast a second half rebound,” says Vieth.

“The direction of the second half was correctly called. But the slope of the recovery’s path, and the speed and strength of the freight rebound — and the associated skyrocketing of freight rates — caught us off guard,” he says. “The lessons we learned from underestimating the market snapback are important in the formation of our current view. Some of the impacting factors in the second half of 2020 included the capacity squeeze, the goods-for-services substitution, expanded migration to e-commerce, low fuel prices and a housing boom, just to name a few.” 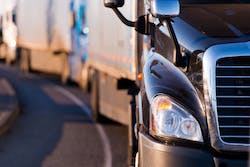 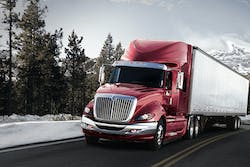 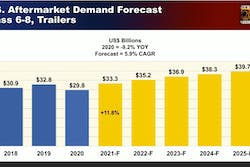