Last month, pundits began whispering a dreaded phrase: Double-dip. Job growth is anemic, barely keeping up with new workers entering the job market. At best, the housing market is stabilizing. And manufacturing ­­— the sector that has generated whatever economic recovery we have seen ­— appears to be slowing significantly.

The Institute of Supply Management reported a sharp retreat in the rate of manufacturing growth. The Federal Reserve said industrial production was flat for the second month in a row. The Census Bureau reported that factory orders are down.

Some economists reject the idea of a double-dip recession by declaring that it has never happened. Don’t buy that reasoning. First of all, these analysts truly are splitting hairs because they claim that back-to-back recessions in the early 1980s were two separate recessions, not a double-dip.

Even if they are right, so what? Just because something has never happened doesn’t mean it can’t. That’s pretty much the same thinking that led to the collapse of the housing market and near-collapse of the entire financial system.

It’s hard to imagine an upside of a double-dip recession, and let’s hope it doesn’t happen. But would it be all that bad for your business if the economic recovery slowed a bit more? Probably not.

A slower economy might not be too bad for business.

The market for truck parts and service often is harder to forecast than that for new truck sales, which have become even more predictable as a result of emissions regulations. We knew when the pre-buy/no-buy cycles were coming, and their size really was just a function of how good or bad the economy was during the pre-buy year.

Coupling the 2006 pre-buy with the deep recession ultimately led to more parts and service than usual for first owners of trucks.

It’s hard to say how exactly this affected the overall aftermarket given that most of those trucks otherwise would have just gone to secondary owners, who would have consumed parts and service as well.

Still, the general improvement in freight over the past 16 to 18 months was welcome relief to everyone in parts and service as fleets began running more miles, returned aging trucks to the road and realized they needed to fix trucks that had been cannibalized for parts. And, of course, many began ordering new trucks.

From June 2010 through April 2011, Class 8 truck sales surged, pausing only during the winter months. In April, the truck buy was so strong that it matched some of the 2006 pre-buy levels, according to FTR Associates.

Then came May, which was down 45 percent from April, FTR says. It might be that everyone overreacted in April to strong freight demand in March or that fleets felt a slowdown coming in May and abruptly changed their minds on buying new trucks.

Again barring a double-dip recession, if freight merely stabilizes, buyers probably will stand by their unfilled truck orders. After all, this is mostly replacement of truly geriatric equipment.

New truck suppliers and sellers obviously would like to see the good times keep rolling, but even for this group there’s a tiny bit of an upside to slower sales. Lead times have about doubled to six months over the past year.

If the surge in sales resumes, truck makers will have to decide whether to increase production again and risk all the costs involved in reversing that decision.

For the parts marketer and service provider a slowdown in truck sales could help smooth out the boom-bust cycle.

Worn-out trucks are coming off the road and are being replaced with tomorrow’s aftermarket opportunities.

Meanwhile, many serviceable older trucks will, for now, stay on the road. That doesn’t sound too bad, but it depends on the manufacturing sector softening but not collapsing. 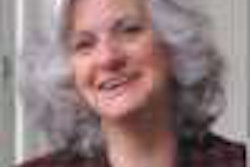 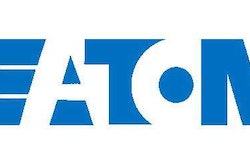 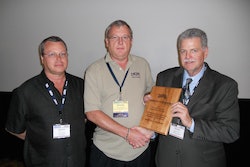 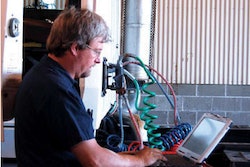