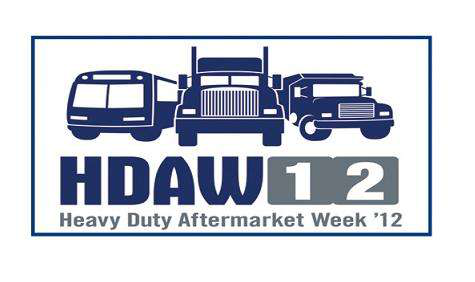 Bill Graves, president and CEO of the American Trucking Associations, was the featured speaker during the opening session of HDAW 2012 at The Mirage in Las Vegas on Tuesday.

The duration of Graves’ presentation was spent detailing the slow growth the U.S. economy is showing since the recession of the last decade, and the positive effect that growth is showing in the trucking industry.

Graves and the ATA believe there is room for growth toward capacity for current trucking fleets, and predict a rising total of freight tonnage and new Class 8 truck sales in 2012 and 2013. Graves also expects a slight increase in housing starts in the coming years, which should also increase freight numbers.

In spite of this growth, Graves also expects unemployment rates to remain high and driver turnover to grow as the economy recovers. Driver turnover was consistently above 100 percent during the early years of the 2000s before falling and bottoming out at 39 percent later in the decade.

Graves also expects more discussion in Washington D.C. and the trucking industry about the FMCSA hours-of-service rulings and CSA regulations. He believes the Federal government needs address its proposal to improve infrastructure and roads and bridges by March, or he fears the topic will be scrapped through the November elections.

In concluding his discussion, Graves cautioned the problems of the government extending the 2009 highway bill.

“Congress is allocating spending faster than resources are being provided,” he says, adding that he fears expenditures for the highway bill will surpass revenue soon.

Robert Richman, product manager for Zappos Insights, also spoke at Tuesday’s opening session. Richman gave a detailed presentation about the importance of culture within a successful business, and gave tips and advice to the attendees on what Zappos has done at its Las Vegas headquarters to provide a winning culture.

Richman says he believes culture is the biggest asset a company can have, and believe the right culture is the first step to keeping a business model intact.