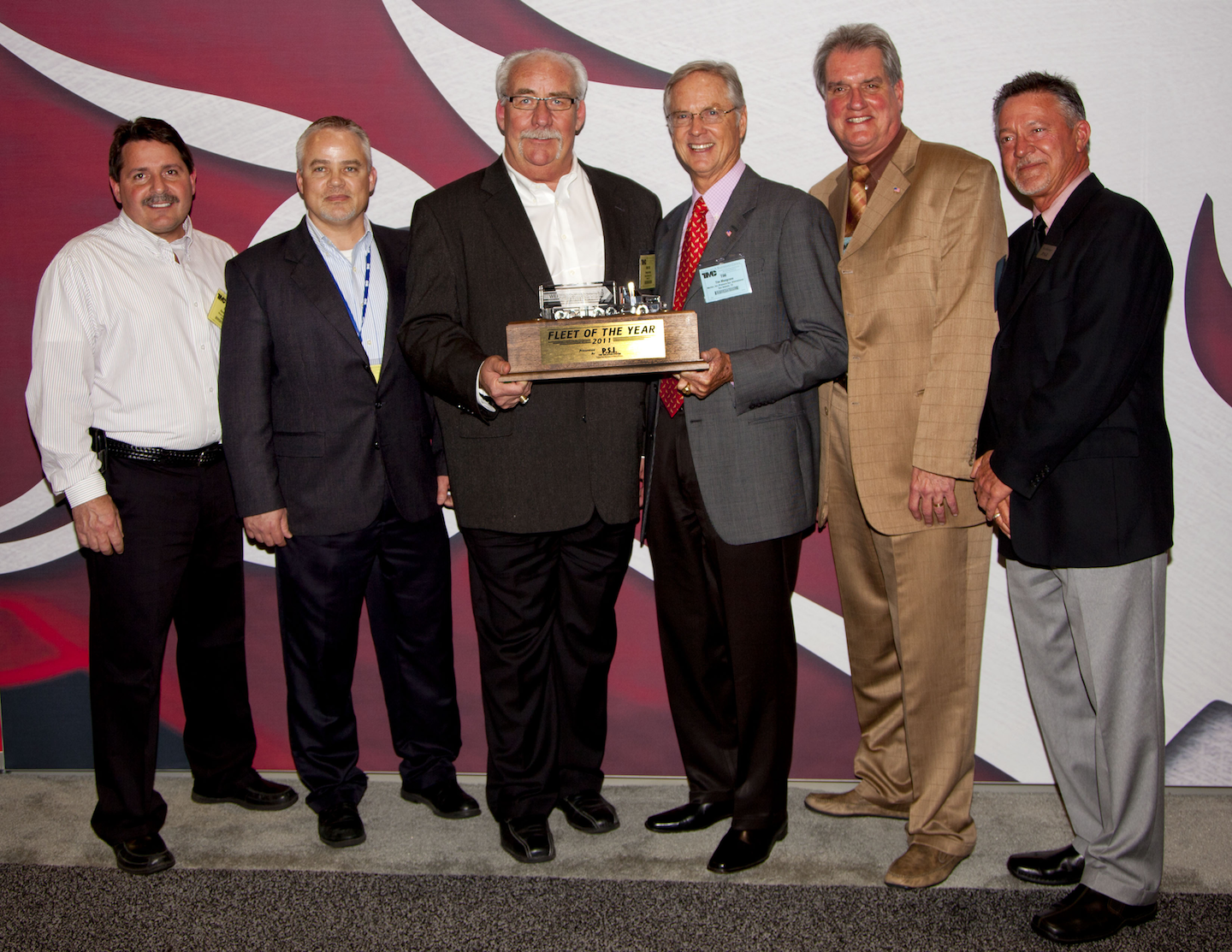 Pressure Systems International recognized Werner Enterprises as its Fleet of the Year for 2011 at TMC’s annual meeting in Tampa, Fla.

Werner began spec’ing the Meritor Tire Inflation System (MTIS) by PSI on every new trailer purchased in 2011, and the company is retrofitting the system on all of its existing 22,000 trailers, PSI says.

“Werner was a big part of why we had record sales in 2011 and we wanted to recognize that contribution,” says Mike Niemeyer, PSI’s director of fleet sales for North and Central America. “When a fleet with Werner’s reputation for making smart decisions chooses MTIS by PSI as their automatic tire inflation system it confirms our belief that we are offering the industry a true value-added product.”