An AME representative will visit the Accuride plant Sept. 18 to present the award. The company will also be honored during the 2014 AME International Excellence Inside Conference, Nov. 10-14 in Jacksonville, Fla.

“Although a significant number of companies submit applications for these awards, only a select few make it through to our final round of considerations,” says AME President Paul Kuchuris. “AME Manufacturing Excellence Award recipients are truly a class above the rest. When you see these facilities in person, you’re witnessing the pinnacle of operational excellence in action.”

Recipients of the Manufacturing Excellence Award are selected based on the combined results of the achievement report review and site visit feedback. Only a handful of applicants’ merit a site visit and approximately one third of the visits result in a site being recognized as an award recipient.

“Accuride is deeply honored to have our Henderson Operations steel wheel plant chosen as a 2014 AME Manufacturing Excellence Award recipient,” Accuride President & CEO Rick Dauch says. “This recognition demonstrates our Henderson team’s dedication to continuous improvement and the results that can be achieved when a manufacturing facility wholeheartedly embraces the principles of lean manufacturing.”

The AME assessment team noted during their evaluation that the Accuride Henderson facility exhibited an impressive commitment to implementing enterprise excellence at all levels. They were particularly struck by the facility’s dedication to performance improvement through foundational adjustments, noting, “The plant has made a major commitment to raise its level of performance and have chosen many of the principles of the lean enterprise as the foundation for driving the business.”

Accuride’s Henderson facility is a leading producer of steel wheels for the North American commercial vehicle industry and was established in 1974. Today, it encompasses 306,000 square feet on 130 acres. The facility recently underwent a more than $6 million coating system upgrade and is home to Accuride’s North American wheels research and development, product development and testing facilities, and produces more than 10,000 wheels daily for the heavy truck industry. 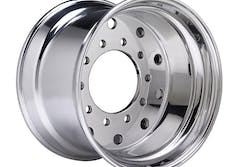 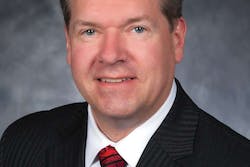 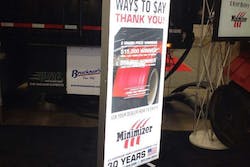 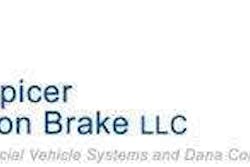