Jay Beeler was named Meritor’s 2014 Manufacturing Engineer of the Year.

Beeler, manufacturing engineer for Meritor’s Morristown, Tenn. facility, earned the award for development work on the relaunch of the company’s 14X near net program as well as milling technology and forging simulation processes that improved the plant’s manufacturing capabilities. His solutions have helped the company manufacture its products more efficiently and reduce die manufacturing cycle times by 80 percent.

“Jay’s excellent work is helping Meritor meet its goal of improving operational excellence,” said Chris Villavarayan, president, Americas for Meritor. “Jay has developed creative solutions that save time and allow all of us to keep our focus on key areas such as die design. As a result, we are delivering quality products that meet our customers’ needs.”

As a recipient of the award, the Meritor Trust Fund will make a charitable contribution of $1,500 to the L&N STEM Academy of Knoxville, a magnet high school in the Knox County, Tennessee school system that is dedicated to teaching science, technology, engineering and math.

Pedro Garcia was named the company’s 2014 Product Engineer of the Year.

Garcia, project engineer for Meritor, earned the award for his distinguished leadership in the design and development of Meritor’s carriers for trucks and off-highway applications. His design and development work includes the 13X medium-duty carrier and several other drive axle carriers, such as the 18 Series carrier for the China market and design variations of the 14X and 160 carriers. Meritor adds Garcia is a recognized leader in continuously championing Meritor’s improvement of design, development and documentation processes.

“Pedro’s innovative solutions set him apart from his peers and gives Meritor a competitive advantage,” says Joe ElBehairy, vice president, Engineering, Quality and Product Strategy. “As lead engineer on several carrier design projects, his work has introduced new design methodologies that are cost efficient and critical to the company as we continue to work toward delivering the highest-quality products to customers.”

As a recipient of the award, the Meritor Trust Fund will make a charitable contribution of $1,500 on Garcia’s behalf to Universidad del Norte in Colombia. 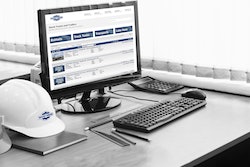 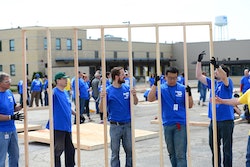 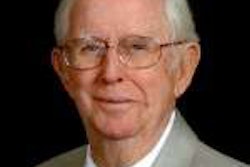 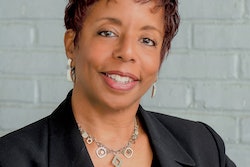