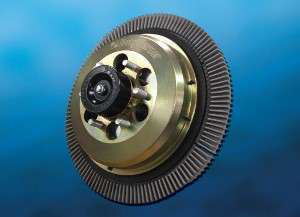 To reduce complexity and minimize upgrade costs, BorgWarner says its modular design also uses the same clutch unit for all applications. Any Kysor on/off fan drive can be easily retrofitted to a DuroSpeed fan drive with a conversion kit consisting of only two add-on components. With the DuroSpeed 2-speed fan drive, BorgWarner offers a full line of airflow solutions for a variety of cooling needs.