The deadly sins of aftermarket service

“The level of performance we’ve been receiving from third-party service providers is some of the worst I’ve ever seen,” says Lori Coleman, fleet maintenance manager at Gordon Food Service. “When we get a truck back [from a service provider] we have to send a technician out to check it — and at least 60 to 70 percent of the time we find errors.”

For an industry as hungry for more business as the independent heavy-duty aftermarket, that’s just about the worst testimonial possible.

During a panel discussion at Heavy Duty Aftermarket Dialogue Monday in Las Vegas, Coleman and service provider representatives Brian Mulshine from Rush Enterprises and Mike Delaney of WheelTime spoke openly about how aftermarket service providers need to evolve to serve their customers.

Coleman says despite her recent struggles with third-party service providers, she isn’t wholly opposed to outsourcing maintenance. She just says she needs to know it is the best.

“We deliver your food so our trucks have to run well,” she says. “We can’t be on a roadside with a truck full of food.”

And Coleman’s concerns are not hers alone.

According to statistics from MacKay & Company, fleets today perform more than 75 percent of their own maintenance. But MacKay research also shows that fleets would like that number to come down, they just don’t trust aftermarket service providers enough to leave their own bays.

They fear what Mulshine refers to as outside service’s three deadly sins: takes too long, costs too much and doesn’t communicate well.

Mulshine says Rush Enterprises is tackling those concerns head on, and cites the company’s investment in training and operations as one key improvement.

Mulshine says the average Rush Enterprises’ tech goes through 60 hours of training per year. He says that helps in two ways: techs are best prepared to work quickly and efficiently, and customers know when they go to Rush, they know exactly what to expect.

Delaney says WheelTime thinks the same way. To him, his company’s performance is a given — it has to be top of the line everywhere. This gives his team the opportunity to focus on other areas to provide more value.

He notes company-wide operational processes and standardization as two areas where WheelTime is currently focused.

And Mulshine and Delaney also say their businesses are in never-ending battles to improve customer and service provider interaction.

Delaney notes service authorizations as one way to speed up repairs. He says WheelTime works to set authorization standards with all of its customers, and also has standardized its parts prices and labor times for some common repairs.

Mulshine says Rush has built its own service management interface system to ensure customers receive uniform interactions and communication with Rush at all times.

Coleman says all of these enhancements are steps in the right direction. Gordon’s in-house and outsourcing ratios aren’t going to flip, but she says there’s room for changes.

And she says OEMs could help, too.

Coleman cites multiple situations where her team has contacted an aftermarket supplier for a part and found they didn’t have it because they were yet to be offered it by their OEM. She says once a product is out there, her fleet should be able to get it, and have it installed, by anyone.

“I want to be able to go to any available service provider,” she says. 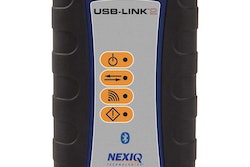 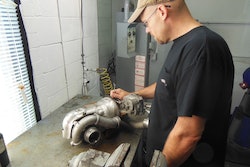 Understanding failure clues is a requirement for maintaining turbo performance 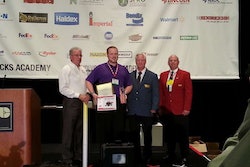