Though the pneumatic brake systems on yesterday’s trucks relied primarily on valves with mechanical seats and springs, commercial vehicles today come equipped with increased automation, and more sophisticated computer-controlled solenoid valves that can cycle more frequently and have tighter tolerances.

This installment of the Bendix Tech Tips series focuses on air-quality requirements and how to make sure your compressor is delivering air that will keep your vehicle’s connected systems operating safely.

“Defining ‘high-quality’ air is difficult because there isn’t an industry standard,” says Rich Nagel, Bendix director of marketing and customer solutions – Air Supply & Powertrain. “And yet, because systems today are more sophisticated than they used to be, they also require a higher quality of air.”

Dryness contributes to air quality, Nagel notes, and is probably the first thing that comes to mind when a fleet thinks about air. While the air dryer removes water from the air system, compressed air also contains other contaminants, including oil aerosols and in some extreme cases, oil vapors. The air dryer wasn’t traditionally equipped to remove these types of contaminants and if they pass into the air system, they can cause problems in connected systems like brake valves, emissions controls and automated manual transmissions.

High-quality air isn’t just dry, it’s clean. No system can prevent all contaminants, particularly oil, but the goal, Nagel says, is to minimize what gets into the service tanks. And that’s where a high-performance air compressor and oil-coalescing technology are important.

“Oil-coalescing air dryer filters have been used on trucks for almost 10 years and most air dryers now come standard with them,” Nagel says. “What differentiates an oil-coalescing cartridge from a regular dryer cartridge is an additional filter that removes oil aerosols that are passed along by the compressor. These are collected into larger drops and then gravity-fed into the bottom of the cartridge where they’re expelled during the purge cycle.”

While the design of these cartridges differs by manufacturer — the oil-coalescing filter can be placed so the air passes through it before the desiccant or after — all of them offer some level of oil protection, especially when new. Over time, design variances will provide different efficiencies and they can’t remove oil vapors, but oil-coalescing filters can be very effective at removing most of the oil particulates that a compressor passes into the air system.

The first thing most people ask when considering what air compressor to spec is how much air it will deliver. Every vehicle’s demand for air depends on a range of factors, including how the truck is used, its number of axles and whether it’s equipped with additional air-powered technologies like bulk offloading systems. Nagel points out, however, that quality matters as much as quantity.

“If you’re not getting good air from your compressor, it’s hard to make that air better once it gets into the service tanks,” he says. “A compressor is basically an engine with a reciprocating piston that uses oil from the engine crankcase and passes some of that oil into the air supply. And, again, when we look at the differences in compressors, we see a lot of variables that affect that air quality. The compressor itself is the source of most contaminants that go into an air system and if it passes a lot of oil, over time it can overwhelm the capabilities of even the best-designed oil-coalescing filter.”

Many variables contribute to a compressor’s performance over the life of a vehicle. Some of these are attributable to engineering and design; like how it’s cooled, geometry of its bore, operational tolerances and single vs. dual pistons, along with the design of the piston rings on each compressor piston, Bendix says.

Other variables are determined by how the compressor is used. If the compressor is turbocharged, that can help keep oil from passing through the compressor. Most compressors today are normally aspirated and the location of the air inlet, along with other characteristics of the inlet can also affect the amount oil that passes.

Duty cycle and air demand also are major factors. The former is a measure of the average time that a compressor is producing high pressure over the amount of time it is rotating, both at pressure and unloaded, Bendix says.

“Most compressors run at about a 15-20 percent duty cycle. So if a truck runs 2,000 hours a year, at a 15 percent duty cycle, the compressor is producing charged air pressure for about 300 hours and then is unloaded for 1,700,” Nagel says. “But if you have a lot of air demand, or your system has multiple leaks, then your compressor will run longer and hotter, and will most likely pass more oil over time.”

What you can do

It can be tough for fleets to determine the quality of air that comes out of the compressor. It’s natural to focus on more noticeable things like leaks or moisture in the service tanks, so the first sign of excessive oil passing is usually a valve failure.

“That’s when they’ll start doing some investigation and they’ll notice a lot of oil in the system,” Nagel says. “The first thing they tend to do after that is replace the air dryer cartridge, and if it’s not an oil-coalescing cartridge, they’ll upgrade to one of those. And depending on how much oil that compressor passes, that solution may work for a while.”

Bendix recommends taking a close look when examining the service tanks for moisture, checking to see whether there is oil mixed in with any water that comes out. A second tip is to inspect the compressor’s discharge line. If it’s especially dirty or fouled with carbon buildup or evidence of oil, it’s a sign the problem is at the source, from the compressor itself.

Whether the next step is replacing the compressor entirely or opting to replace an oil-coalescing cartridge more often than usual depends on factors like the vehicle’s age and the fleet’s maintenance planning. It’s also worth noting when installing a new compressor, a remanufactured compressor, or a rebuilt compressor the fleet may still experience some oil passing depending on the specifications and long-term performance of that compressor, Bendix says. 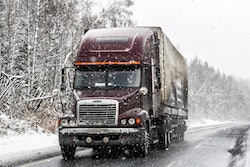 Right to Repair heading to ballot in Massachusetts 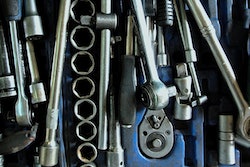 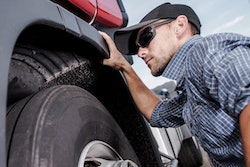