As it has in prior years, the network-wide competition began with a 60-question written exam. The six highest scoring technicians on the test — all scoring a 95 percent or above — were named semifinalists, and will participate in a hands-on event in June later this month. They are:

The semifinal round will be held at the Maryland Motor Truck Association’s SuperTech qualifier later this month. The top two HDA Truck Pride technicians at that event will then earn access to the 2022 TMC SuperTech in September in Ohio where they will have the opportunity to compete for prize packages valued over $8,000.

“With more than 450 Truck Service Expert independent repair facilities across the U.S. and Canada, HDA Truck Pride continues to offer our premier technicians an opportunity to show they are the best of the best. We are proud of the time, effort and skill our technicians bring to this competition,” says Tina Hubbard, president, HDA Truck Pride. “Watching them in action instills confidence and pride in the future of our independent aftermarket. As our commitment to education and training continues to grow, we are delighted with the HDA Truck Pride Top Tech Competition and the talent it continues to garner.” 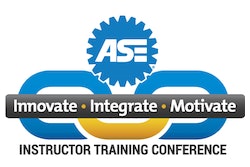 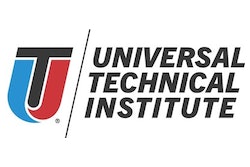 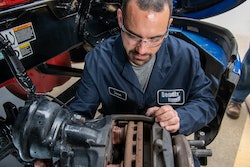 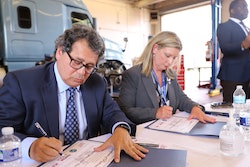