FleetUp is now offering a new feature to its AI dashcam that can help fleet managers save time and reduce risky driver behavior.

The company has introduced annotation labeling that sorts dashcam videos into risk levels, reducing the voluminous amount of hours it takes a fleet to sift through traditional dashcam footage.

Many fleets have implemented dashcams and software that includes event-based recording, but FleetUp CEO Ezra Kwak said there is still the challenge of combing through hours upon hours of footage to find the risky behavior that led to such an event.

And it becomes an even bigger task the bigger the fleet.

“Most dashcam solutions provide … video but don’t provide the automated workflow to the customer, which makes that customer limited to a fully integrated benefit and limited to control their drivers’ dangerous behaviors,” Kwak told CCJ.

Kwak added that the new feature aims to reduce accidents and the costs associated with accidents, including insurance costs and vehicle wear and tear, by managing risk and coaching drivers in a more efficient way.

FleetUp’s new technology can detect events from hard braking to driver cellphone use. While the platform provides real-time, in-cab alerts to drivers, it also transmits a 15- to 20-second video of an event to a driver managers’ online interface with annotations marking the activity as high risk, medium risk, low risk or false event. Managers can then determine whether they want to email the video with coaching material to the driver for later review so they can correct their behavior.

Managers can sort dashcam footage by risk level. They also have the option to search videos by vehicle type, event type, and more, saving time by reviewing only the risky behaviors rather than a trucker safely braking, looking at their phone while they’re still in park or hitting speed bumps.

Managers can also view highlights over the past 30 days to determine the riskiest behaviors across their organizations to pinpoint training needs.

Kwak said one safety manager that served as a beta user was able to eradicate the risky behavior of one driver using the new FleetUp feature.

“The benefit was very obvious in the first month to second month in that we could see significantly fewer events from the first month to the second month,” he said. “The safety manager after one month understands what the major safety risk factors are in their company and then they … coach the driver. A month later, they're going to see much fewer risky events.” 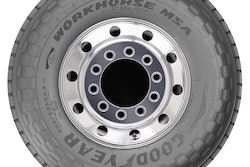 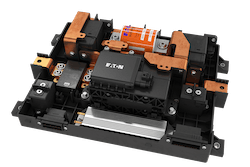 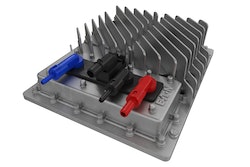