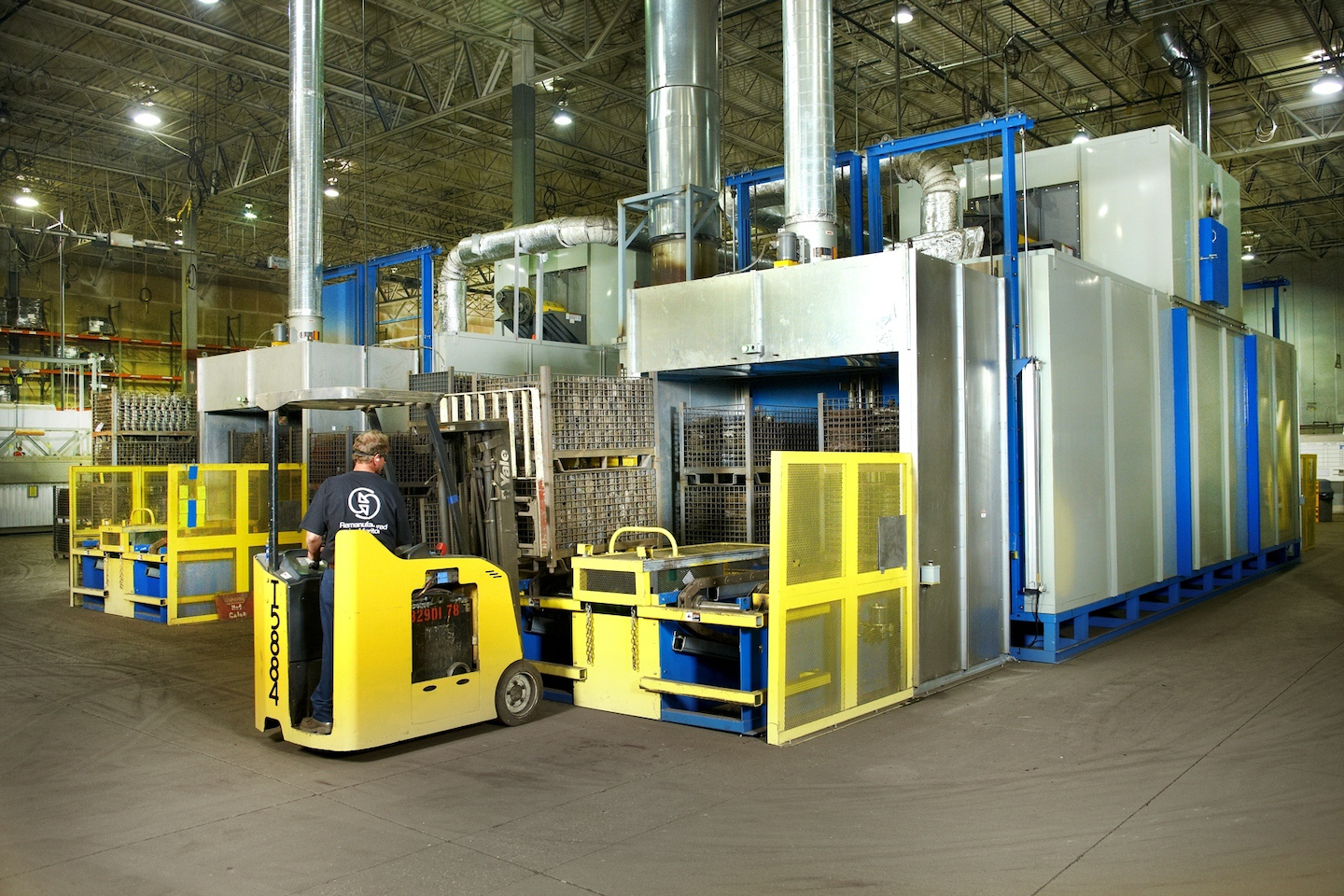 Meritor has added two heavy-duty baking ovens in its Plainfield, Ind. remanufacturing facility. The ovens are used to bake the brake shoe cores, which loosens dirt and corrosion from the steel and allows them to be cleaned.

To meet its North American customers’ growing need for remanufactured components, especially brake shoes, Meritor has invested more than $2.7 million in improving its remanufacturing facility in Plainfield, Ind. Doug Wolma, general manager, Global Aftermarket Operations for Meritor, announced the improvements during an event at the facility on June 20.

“This major investment in production equipment underscores our commitment to continuing Meritor’s leadership position in the global remanufacturing business,” says Joe Mejaly, president Aftermarket and Trailer for Meritor. “We are dedicated to further enhancing our capabilities in remanufacturing technology to be the partner of choice for truck operators of all sizes, as well as dealers and distributors.

According to Meritor, remanufacturing recycles more than 30,000 tons of metal each year, and remanufactured brakes cost approximately 30-35 percent less than new brake shoes.

There are currently more than 15 million PlatinumShield brake shoes in service, and Meritor believes that success is a signal of the growing remanufacturing industry.

“We see the scope going beyond the mechanical type products remanufactured in large quantities today and expanding into more sophisticated electronic components,” says Wolma. “Our product portfolio will grow, change, shift and broaden to include electronics, controls and mechatronics.”