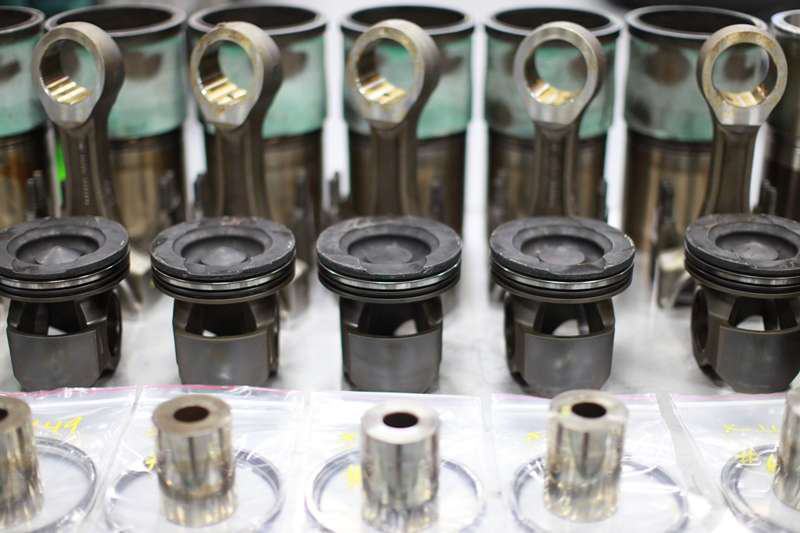 EcoPower is re‐refined using a process that is said to consume up to 85 percent less energy than refining engine oil from crude oil. The result is an engine oil that meets or exceeds all North American standards for engine protection, such as API and SAE, while reducing the country’s dependence on foreign oil, according to the company.

“This test proves definitively that EcoPower provides outstanding protection for engines while it protects the environment,” says Curt Knapp, senior vice president and chief marketing officer. “Simply by using EcoPower, fleet owners and managers can now be even more assured that they can protect engines while protecting the environment by reducing greenhouse gas emissions.”

The trucks’ engines, 2007 Cummins ISX 450‐hp EGR models, were subjected to oil‐drain intervals of 40,000 to 50,000 miles, compared to the manufacturer‐recommended 25,000 miles. At each drain interval, the oil was analyzed for the presence of wear metals, acid neutralization and viscosity maintenance.

“Even in the final oil analysis of this test, when you may expect to find the most signs of wear in an engine, EcoPower maintained a total base number of 4.9. That’s well within limits and showed a substantial ability to neutralize harmful acids that build up in used engine oil and cause corrosion,” says Rodney Walker, technical director of oil re‐refining.

“There were also completely acceptable levels of wear metals, and just like in previous tests, EcoPower was proven to maintain its viscosity, even at the end of each oil‐change cycle. Viscosity maintenance is critical to oil protecting an engine, and illustrates EcoPower’s exceptional protective properties,” he adds.

Upon completion of the million miles, both truck engines were completely disassembled and inspected, where the lack of wear to internal engine parts was clearly visible, the company says..

“In this engine, I see no signs of distress anywhere,” says Pat Fetterman, industrial liaison, Infineum, a global additive company and third party that conducted the engine test. “In fact, these [engines’ original] cams meet the visual guidelines for reusability. And when we rebuild these engines…the cams are going right back in the engines, and they’ll be going back into service with these cams, even after a million miles.

“Based on what I’ve seen, looking at the condition of the cams, the followers, the ring and liner interface disassembled, these engines are in the same condition as I would expect for an oil operating at a million miles with a virgin base stock.”