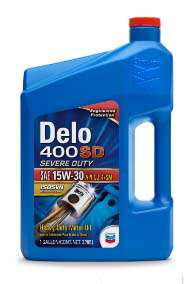 “This is something that we’ve been working on for the better part of two years,” Randy Brillhart, Chevron global marketing manager, says. “This is not a one oil fits all world anymore.”

The oil is backward compatible with previous API Oil Service Categories and engine models where XW-30 oils are appropriate as noted in the OEM recommendations.

Jim Gambill, Delo brand manager, says the new oil addresses some emerging trends, including changes in equipment usage with the rise of intermodal.

“We’re seeing more short-haul lengths,” Gambill says noting a preference of multipurpose vehicles as companies struggle to attract and retain drivers has led to a rise in severe duty usage.

Start-and-stop patterns can cause engine temperatures to spike as oil circulates through the turbocharger. However, severe duty oil drain intervals are generally longer than long-haul, meaning more stress is placed on the oil (and the turbocharger) for a longer period of time. 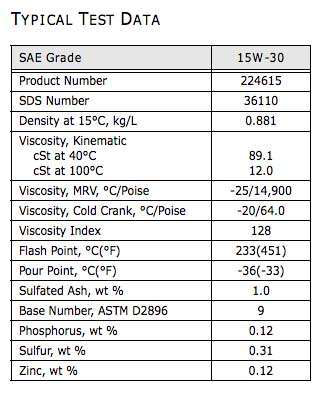 One in seven trucks will experience a turbocharge failure this year and that represents a $400 million problem annually, Gambill notes.

“This really surprised us that this new approach to technology really out performed (on a level) that, on paper, no one really would expect,” Gambill says.

“The promotion is designed to provide the proof that (the customer) needs,” Gambill says.

The product will be available in the U.S. as of Sept. 15.