TRUCKS, PARTS, SERVICE ™ Staff (TPS)
Sep 13, 2021
After connection to a vehicle, the technician will see the Main Screen that shows the Roll Call, Active and Inactive DTCs, key vehicle information and the main navigation bar at the top of the window.

The complex, interconnected systems on today’s commercial vehicles present multiple challenges when it comes to quickly and accurately diagnosing problems with safety and uptime depending on the right results, Bendix says.

“Technology and trucks are evolving more quickly than ever,” says TJ Thomas, Bendix director of marketing and customer solutions – controls. “There are electronic control units (ECUs) that weren’t around even just two years ago when we redesigned and re-engineered our diagnostic software and launched ACom PRO. Now those ECUs are fully supported and included in ACom PRO’s comprehensive Diagnostic Troubleshooting Code report.”

Bendix launched the original Bendix ACom Diagnostics software in 2004. The tool was downloaded over 100,000 times before being succeeded by the more powerful and user-friendly ACom PRO, which was developed in collaboration with Noregon in 2019.

The new Bendix Demo Truck mode in Bendix ACom PRO adds a new level of training capability to help technicians get up to speed with the tool’s full suite of capabilities as quickly as possible.

“Now, the new Bendix Demo Truck functionality means trainers can see what features, tests, and support the ACom PRO tool offers on select ECUs without having to hook up to a real truck,” Thomas says. “Technician training is essential, which means it’s also important for us to upgrade our means to support that effort.”

Another training resource to support technicians can be found at the Bendix On-Line Brake School at brake-school.com, which features more than 20 ACom PRO training videos and over 80 product and system training videos. These courses are accessible for no charge when users register with the site.

When connected to a vehicle, the ACom PRO software automatically detects and gathers active and inactive diagnostic troubleshooting codes (DTCs) from all Bendix electronic control units on the vehicle, as well as key vehicle ECUs, like the engine and transmission. This roll call shows what’s on the vehicle, eliminating the need for a technician to guess from a prepopulated list of components, the company says.

The ACom PRO diagnostic software — a subscription-based tool — is regularly updated to keep pace with diagnostic needs. This year alone, Bendix has added nearly two dozen enhancements, including new ECU support and diagnostic capabilities across a range of products, such as the fifth-generation SafetyDirect Processor (SDP5). The ACom PRO tool also now supports SmarTire on articulated buses where the front and rear bus segments each have their own ECU.

“Even as we’ve grown the tool, ACom PRO’s detailed vehicle-wide DTC report can be generated within about two minutes after connection,” Thomas says. “We’ve expanded the bidirectional testing and calibration in some places, so the system maintains its timesaving nature without sacrificing robustness.”

And through Bendix’s further collaboration with Noregon, the ACom PRO diagnostic software uses internet connectivity to display schematics and related information specific to a particular system fault through Noregon’s Fault Guidance feature. And Bendix Service Data Sheets are available offline to support the technician when connection to the internet is not possible.

“The professional technicians in North America’s maintenance garages deserve and require the best tools we can provide, in just the same way Bendix aims to put the men and women behind the wheel of the safest vehicles possible,” Thomas says. “Advanced technologies don’t go anywhere without the right support of qualified maintenance teams – and in turn, we’re proud to support them.”

The AD-HFi model features the same leading-edge design of the Bendix AD-HF dryer — which Bendix launched in 2019 — but incorporates a solenoid-operated valve that replaces the traditional mechanical governor.

“An electronically controlled governor means we precisely regulate the dryer’s charge and regeneration cycles using Bendix’s Electronic Air Control (EAC) software,” says Rich Nagel, Bendix director of marketing and customer solutions, Air Supply and Drivetrain. “This function enables the dryer to operate under different parameters in different conditions, increasing its dry air processing capability and saving energy. That same software also provides diagnostics that help fleets and owner-operators get the most out of their dryers and cartridges.”

While a mechanical governor’s status operates within two fixed pressure settings, the Bendix AD-HFi air dryer’s solenoid is controlled by electronic air control (EAC) software, which monitors a range of data broadcast across a truck’s J1939 network, including speed, engine torque, and RPM, the company says.

“With EAC software, the AD-HFi unit can modify its charge cycle based on air system and engine demands,” Nagel said. “If the software determines that the air system requires extra drying capacity — let’s say you’re hauling multiple trailers or have extra axles, for instance — then it can command additional short purge cycles. This patent-pending technology is called Interrupted Charge Regeneration (ICR). This enhanced purge capability provides significantly more dry air for vehicles that need it.”

Efficiency and energy savings are also built into the EAC software in the form of Overrun and Overtake functions. When a compressor is building pressure, it consumes approximately 8 to 10 horsepower from the engine. EAC software uses the vehicle’s operating information to determine optimal compressor run times.

“Overrun is when you’re in what we call a ‘favorable energy state,’” Nagel says. “If you’re going downhill or idling, then the engine has ‘free energy,’ which would otherwise be wasted and can now be used for charging. In those situations, the EAC temporarily increases the cut-in and cut-out pressures because the compressor can charge above the standard, programmed pressure without the driver losing engine power.

“Overtake is the opposite: If I’m trying to pass or climbing a hill, then I don’t want the compressor to charge because I need that horsepower. In this case, the EAC lowers the cut-in and cut-out thresholds so the compressor won’t try to build pressure. And ultimately, that’s an energy savings since you’re running the engine more efficiently,” Nagel says.

The software is programmed not to reduce the cut-in pressure below a safe setting per FMVSS-121 regulation.

The EAC software provides air dryer-related status messages over the J1939 network, with the capability to monitor excessive air demand, which can indicate system leaks or other issues. It also monitors regeneration cycles and the amount of air processed during the service life of a dryer cartridge. Using this information along with other data from the compressor, the EAC can signal when it’s time to replace the cartridge.

“Our Electronic Air Control software is loaded with parameters tied to which compressor and engine are on the truck,” Nagel says. “The software is programmed to know what a nominal duty cycle is for that compressor and how much air it should be producing, so it can send a diagnostic code if something isn’t operating correctly. As far as cartridge life goes, it only makes sense that measuring by the amount of air actually processed is better than using mileage as a guideline.”

A message that broadcasts the remaining life of the dryer cartridge can be reset after replacement using Bendix ACom Pro diagnostic software.

“The difference with PuraGuard oil coalescing is that the oil-coalescing filter media is placed before the air dryer desiccant and uses gravity to remove oil droplets, which gives the cartridge a longer effective life,” Nagel says. “There’s also an internal check valve that prevents the oil removed by the filter from backflowing into the filter media, maintaining the cartridge’s efficiency over its entire duty cycle.”

“Nobody knows commercial vehicle air treatment like Bendix, and we’ve been pioneering new technologies for decades,” Nagel says. “Trucks change, roads change, technology changes — faster than ever these days — but we’ll keep leading the charge when it comes to air systems that keep vehicles safe and in good operating condition.” 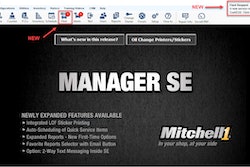 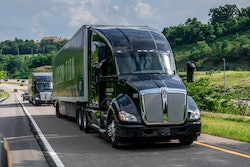 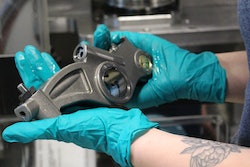 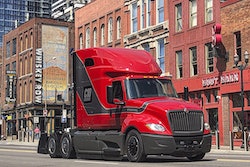