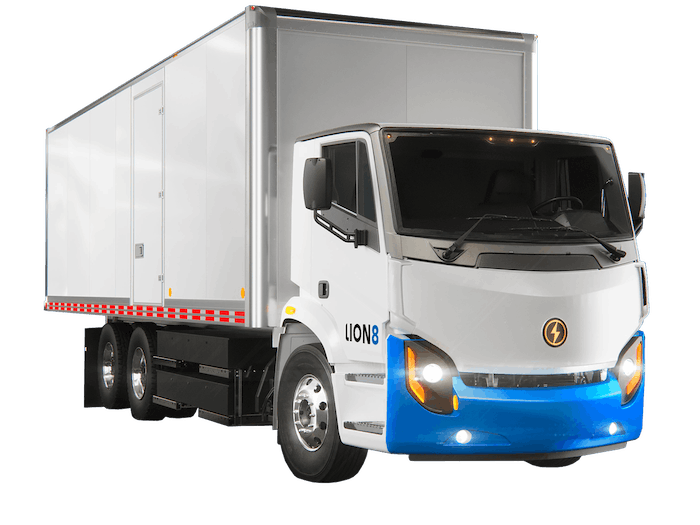 The Lion Electric Company announced the company’s upcoming battery manufacturing plant and innovation center will be located at the YMX International Aerocity of Mirabel, Quebec.

The facility will be located adjacent to Montreal-Mirabel International Airport on a 1.6 million sq.-ft. property, with development planned to begin in June 2021. Lion selected the Mirabel location as it offers the company several strategic advantages, including proximity to its current Saint-Jérôme, Quebec, manufacturing plant and access to transportation infrastructure, such as highways and airport, to facilitate access to suppliers and customers.

The company says it also plans to repurpose current airport facilities for use as a test track to aid in its vehicle development. Located in an area of dense nature, the site is well suited to Lion’s sustainability practices while also offering opportunity for future expansion.

To commemorate the announcement, a groundbreaking ceremony was hosted near the site of the future facility, with Patrick Charbonneau, Interim Mayor of the City of Mirabel; Philippe Rainville, CEO and President of ADM Aéroports de Montréal; and Marc Bedard, CEO and founder of Lion Electric, in attendance.

Originally announced in March 2021, Lion’s battery manufacturing plant and innovation center represents an investment of approximately $185 million CAD. The facility is expected to be completed in the second half of 2022, with a planned annual battery production capacity of 5 gigawatt hours, enough to electrify approximately 14,000 of Lion’s medium- and heavy-duty zero-emission trucks and buses.

Maintaining ownership of its battery production is a key strategic differentiator for the company and allows Lion increased control of a key part of its product supply chain while simultaneously lowering costs. The factory will be highly automated and is expected to be able to produce one battery module every 11 seconds and a full battery pack every five minutes, Lion Electric says.

Lion’s new facility will be an essential link in a specialized supply chain critical to electrifying transportation, helping to create a larger zero-emission technology ecosystem in the Laurentians region and fostering a world-class talent base, the company says.

It is Lion’s hope that other leaders in electrification will continue to locate themselves in the area, growing the local supply chain with the added benefit of decreasing both vehicle costs and emissions associated with shipping.

Lion plans to implement leading sustainable development practices in the construction of the facility, with more details around its design to be announced in the future. The company will also continue to promote the use of electric vehicles with its employee base and visitors, offering robust charging infrastructure on site free of charge.

The announcement comes amidst increased expansion of the company’s operations, having recently announced the construction of a vehicle manufacturing facility located in the United States which will also open in the second half of 2022.

To date, Lion has delivered over 390 all-electric heavy-duty vehicles in North America with over 7 million miles driven since 2016. All of Lion’s vehicles are purpose-built for electric propulsion from the ground up and are currently manufactured at Lion’s North American facility, which has a current capacity to produce 2,500 electric buses and trucks per year.

“Breaking ground on this project is a very important step in Lion’s journey, and we are delighted to be doing so in this beautiful landscape in Mirabel. ADM has been a fantastic partner in providing us with a location that fits all of Lion’s needs, including access to test facilities and key infrastructure, with opportunity for future expansion,” Bedard says.

“The completion of our battery manufacturing plant and innovation center will bring us increased autonomy, allow us to lower costs and bring hundreds of additional highly skilled jobs to the region. We are eager to see the building start taking shape shortly and invite other leaders in the industry to join us in establishing operations in the region,” says Bedard. 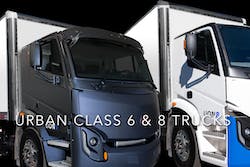 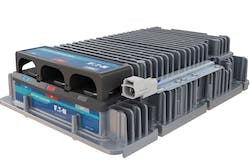 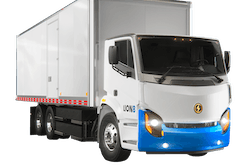 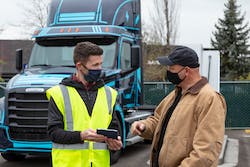