Only a year removed from an ugly first-quarter, things are looking up in the commercial vehicle aftermarket.

MacKay & Co. is projecting steady growth rates of 2 and 3 percent for the aftermarket through 2017, with a growth rate of 3.4 percent on the horizon this year. Blodgett says a recent MacKay & Co. survey of 21 heavy-duty aftermarket suppliers identified sales were up 7 percent in the first quarter of 2014 compared to last year.

Combined with an average vehicle age of nine-plus years, Blodgett says the aftermarket offers excellent opportunities for component suppliers and their distribution channels.

Blodgett says MacKay & Co. research indicates aftermarket customer purchasing preferences have remained stable as the market has grown.  The trifecta of dealers, warehouse distributors and independent repair garages have maintained a 73 percent share of all parts sales from 2011 to 2013.

“There are a lot of changes going on within the slices of distribution [in the aftermarket] but the slices themselves are staying the same,” he says.

But one area where Blodgett says the aftermarket remains behind is taking advantage of fleets’ willingness to outsource service. MacKay & Co. research shows 61 percent of aftermarket parts are still being sold to end users, while 75 percent of service hours are being recorded in fleet shops.

“Fleets keep saying they want to outsource service, but we’re yet to see it,” he says. 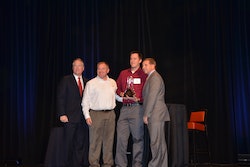 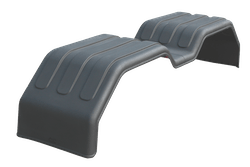 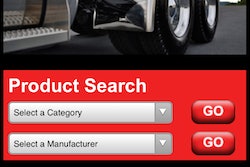