[This article was originally published in 2013 by Trucks, Parts, Service. It has been updated to include more timely information.]

In the aftermarket and dealer channels, expansion typically comes in two forms — the addition of new services and products to existing facilities or the opening of new locations.

The latter offers businesses the opportunity to increase market share and improve customer service by strengthening overall business reach and availability. When implemented correctly, facility expansion can be an incredibly profitable endeavor. But it’s not easy. Expansion takes careful planning, research and execution.

If you want your business to expand, it’s time to sit down and start studying. Expanding your business is a final exam you must prepare for to pass.

Below are four important questions to answer before expanding your facilities.

Can you afford to expand?

This seems obvious, but it really is the most important step in establishing an expansion plan.

Expanding your business without looking at your financial capability for growth can be a crippling mistake, says Tom Marx, senior partner, Hart Marx Advisors and chairman and chief strategy officer at MBE Group.

Expansion is an expensive endeavor that requires a large upfront capital investment and patience to withstand early growing pains. It’s not uncommon for new facilities to take months, sometimes years, to turn a profit. A business that initiates an expansion unaware of those costs and risks is at a significant disadvantage, Marx says.

“[Hart Marx Advisors] will never recommend expansion to a customer without their finances in place,” he says. “The risk of failure is too great.”

A strong line of communication between your bank and investment partner or lending agent can significantly improve this planning process, says Dave Scheer, retired former president at Inland Truck Parts.

With more than 30 locations across the Great Plains, Inland Truck Parts is no stranger to expansion planning. When he was in charge, Scheer informed the company’s bank about each growth opportunity during the earliest planning stages, providing financial cost and growth projections for each facility.

“That’s just standard practice for us,” he says. “We keep them very well informed and try to maintain a strong relationship.”

But Marx adds relationship alone will not sell a bank or lender on expansion. In order to secure a loan, you also must provide a detailed plan for profitability and growth at a new location.

And once you’re approved, he says it’s critical to familiarize yourself with your payment responsibilities.

“You have to understand what a bank’s parameters are,” he says. “There are a lot of options when financing and borrowing money comes into the [expansion] equation.

“You need to know what [the lender] will expect out of you.”

Where should you expand?

To grow, you have to go where your customers are.

Dave Thompson, president at TEC Equipment, says his business is constantly on the lookout for potential locations.

Thompson started TEC in 1976 and has grown the business to include more than 30 facilities stretching from San Diego up the West Coast to the Canadian border. He says each location was selected by researching the locations and traffic patterns of TEC’s customer base and putting facilities in effective areas to serve them.

“When we find a market we’re interested in we start looking for locations years in advance of when we actually move,” Thompson says. “We try to find the best place for us to be.”

Marx recommends his clients take a two-pronged approach when finding a location.

His first step, like Thompson, is to find a general area where customers require assistance and the potential for business success is high. He says these areas can vary in size depending on the customer activity, and advises aftermarket and dealer business to use data when mapping out potential location zones.

There are data houses within the transportation industry that can be beneficial in acquiring this information, Marx says, and he advises customers to sync their customer data with the external customer data to see which areas they are servicing best and which offer the most growth potential.

Once a zone has been set, he says businesses should look at each potential lot or location as it relates to the local customers and possible competitors.

“You have to look at who is there that needs parts and who is there to service them,” Marx says, adding that it’s important to remember that not all new locations mean new markets. When data and research dictate growth potential from two locations in one city, it’s not a bad idea to consider local expansion, he says. “You have to protect your territory. If a competitor can move in and respond quicker, they will.”

Should you acquire or build?

This can qualify as a subset of the location question. Once you know you want to expand, it is imperative to select the best growth opportunity for your business — acquiring an existing facility or a Greenfield expansion.

Though they can require a larger upfront investment, Marx says acquiring existing facilities can offer a quicker return on investment. More money is spent to purchase the business, but less is needed to get it moving once ownership is transferred, he says. “Acquiring an established business allows you to get to your goals faster.”

That’s because purchasing an existing facility can include a built-in customer base.

When TEC Equipment expands through acquisition, Thompson says his sales and management team is immediately tasked with building relationships with the former owner’s customers. The more business an acquired location can keep, the quicker the new location can start to turn a profit.

“People do business with people, and people who they are comfortable with,” he says. “A relationship cannot be one-sided, and we work hard [when we acquire a new facility] to make sure our new customers know that.”

But expansion through acquisition isn’t the only way to grow in the aftermarket and dealer sectors. Building new facilities also can lead to long-term business growth.

Greenfield expansion is a viable option when you identify growth locations without acquisition targets, says Marx, who recommends using market research and customer trends to narrow potential building locations. Scheer says that was a key factor with a prior Inland expansion.

“For us, we expand territorially and like to fill in gaps in the markets that we serve,” he says. He says the new facility minimized the responsibilities of neighboring locations while also expanding business in the area, strengthening Inland’s entire operation.

How will you run your new location?

Whether you choose to expand through acquisition or construction, you need to have a plan for before, during and after opening a new location.

Thompson has an operational leadership team he sends to new locations when the company makes an acquisition. The team works to install TEC’s technology, business structure and culture in the facility, and gives new employees a glimpse into the business they now work for. He says reception from new employees has been overwhelmingly positive.

Scheer says he uses a similar program at Inland when it acquires facilities. When the company builds new locations, like it did in Fargo, S.D., and Scottsbluff, Neb., [in 2013], he says more operational planning is needed before a location is opened. Inland typically mixes new hires with company veterans; then gives them time to interact together before opening the doors on a new location.

“You have to make sure you have a cultural fit,” he says.

When asked why TEC’s plan has been so effective, Thompson says he thinks it’s just from the transparency the team provides. Discovering your employer has sold your workplace is a frightening experience, and Thompson says quickly informing and reassuring employees about their job security can go a long way toward the success of the location.

Marx agrees, but adds that in acquisition situations, sellers also bear some responsibility in completing an effective business transfer. Silence from both sides is critical until a deal is done.

“You don’t want to spook good customers and good employees,” he says. “When the decision can be made public, it is critically important to inform both teams as much as you know.”

He adds, “It’s never over until the money changes hands. You don’t want to say too much too soon.” 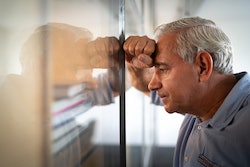 Five keys to avoid disaster during an acquisition 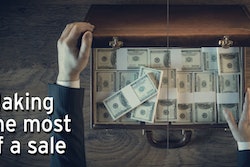 Three keys for sellers and buyers during a business transaction 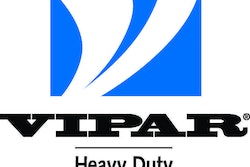 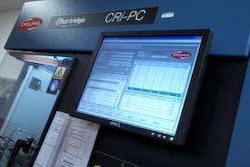 Delphi to exhibit at ADS Convention