People aren’t the only ones who can put down roots.

Cummins first came to Western New York four decades ago. The Indiana-based engine manufacturer was in need of a facility to manufacture engine components. It found what it was looking for in an available 1,000,000 sq. ft. facility in rural Jamestown, N.Y.

Forty years later, the company is still there, and the community is humming right along with it.

Cummins celebrated that partnership last week with an anniversary event at the plant.

“The Jamestown Engine Plant (JEP) plays a critical role in our company’s ability to produce a broad range of diesel and natural gas engines for different customers around the world,” says Dave Crompton, president – Cummins Engine Business. “This anniversary is a testament to our more than 1,500 employees at JEP who produce reliable, clean and fuel-efficient engines that enable our customers to be successful in all of the markets they operate.”

Cummins opened the plant in 1974 to produce parts, and started manufacturing engines on site in 1979. The location’s production grew rapidly over the next two decades, and it was that performance that led to the single most important decision in plant history — the 2002 corporate decision to consolidate all heavy-duty engine production in Jamestown.

If you’ve bought or sold a Cummins’ engine in the last decade, it came from the Jamestown plant.

With more than 400 engines coming off its assembly line every day, engines produced at the Jamestown plant power numerous types of applications, from line-haul trucks to RVs and even fire trucks. In addition to these on-highway applications, Jamestown also produces the QSM and QSX engines that serve off-highway customers in construction, agriculture and marine applications.

The plant also plays an important role in improving life in western New York, the company says. It’s the largest private employer in Chautauqua County and the largest contributor to the local United Way. It also is an active participant in Cummins “Every Employee Every Community program,” which allows employees to work at least four hours per year on a public-service project on company time.

“We take Cummins commitment to community service and improving the communities in which we live very seriously,” says Mike Abbate, plant manager. “I’m tremendously proud of what our employees are doing inside and out of our plant to make western New York a better place to live. This anniversary is a great time to celebrate and salute their many contributions to our company and the community. We owe gratitude to our former and current employees, who have been and continue to be the reason why we are a successful company.”

Cummins also notes the plant is ISO certified, has been a zero landfill facility since 2009 and has reduced workplace accidents by more than 90 percent over the last decade with its consistent dedication to health, safety and environment. The plant concepts written in 1974 (excellence, trust, growth, equity and flexibility) remain important tenets of the operation to this day.

“Jamestown was founded on a unique team-based system, which continues to be a competitive advantage for us, and it’s a quality our employees embrace,” says Crompton. “The highly-skilled men and women at JEP and our plants around the world make innovation a reality. An anniversary such as this is just another indicator of their commitment to quality. They help Cummins deliver the best solutions to our customers every day.” 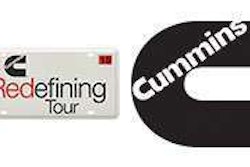 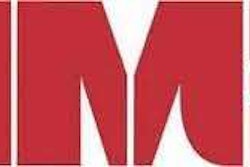 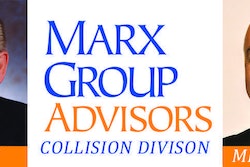