BiTA, launched by Craig Fuller, chief executive officer and managing director of TransRisk, is pursuing the adoption of blockchain technology by the commercial trucking industry. Bill Ellis, appointed this summer as managing director of PCT, noted that the direction of his new company allies closely with the goals of BiTA.

“PCT TrailerNet is a truly open platform for connecting vehicles and is perfectly suited to interface and integrate with a new technology standard like blockchain. We recognize the seismic shift taking place in the supply chain and believe that the next five to ten years will be transformational,” says Ellis. “PCT will be joining industry mavericks and technology innovators that are forging the pathway to a safer and more productive transportation ecosystem.”

According to BiTA, a truly connected semi-trailer enables the potential for blockchain to blossom in the truck transportation industry. PCT is in early stage development of a product that fully integrates with TrailerNet and could implement the blockchain technology for the purpose of providing substantial value to freight haulers. TrailerNet invites all heavy-duty component manufacturers to interface the trailer mounted open platform through its patented “sensor interface” technology, allowing seamless on-boarding of very critical trailer components that will drive improved semi-trailer safety and security. The system interfaces the cloud, allowing asset managers the ability to drive ROI through diagnostics and predictive maintenance capabilities, the company says.

Phillips Connect Technologies will initially contribute to BiTA from the perspective of a leading global supplier to truck/trailer fleets and OEM’s.

“In addition to what the Phillips business brings to the table in this new and exciting realm, we expect to learn from associate members of the alliance who have developed the complete IT systems that are expected to set new architecture standards for the emerging technology,” says Rob Phillips, president and COO.

“It’s not a matter of if, but when a fully autonomous Class 8 truck hauls its first commercial load in the U.S.,” says Mead. “But before we have autonomy, we’ll have connected – and in fact, this is what PCT brings to the table as these new technologies are developed and brought to market.”

PCT is the second company this week to join the BiTA, following Decisiv. 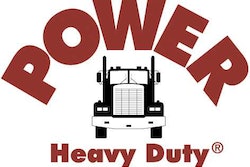 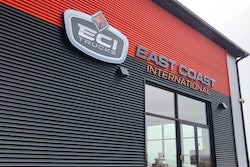