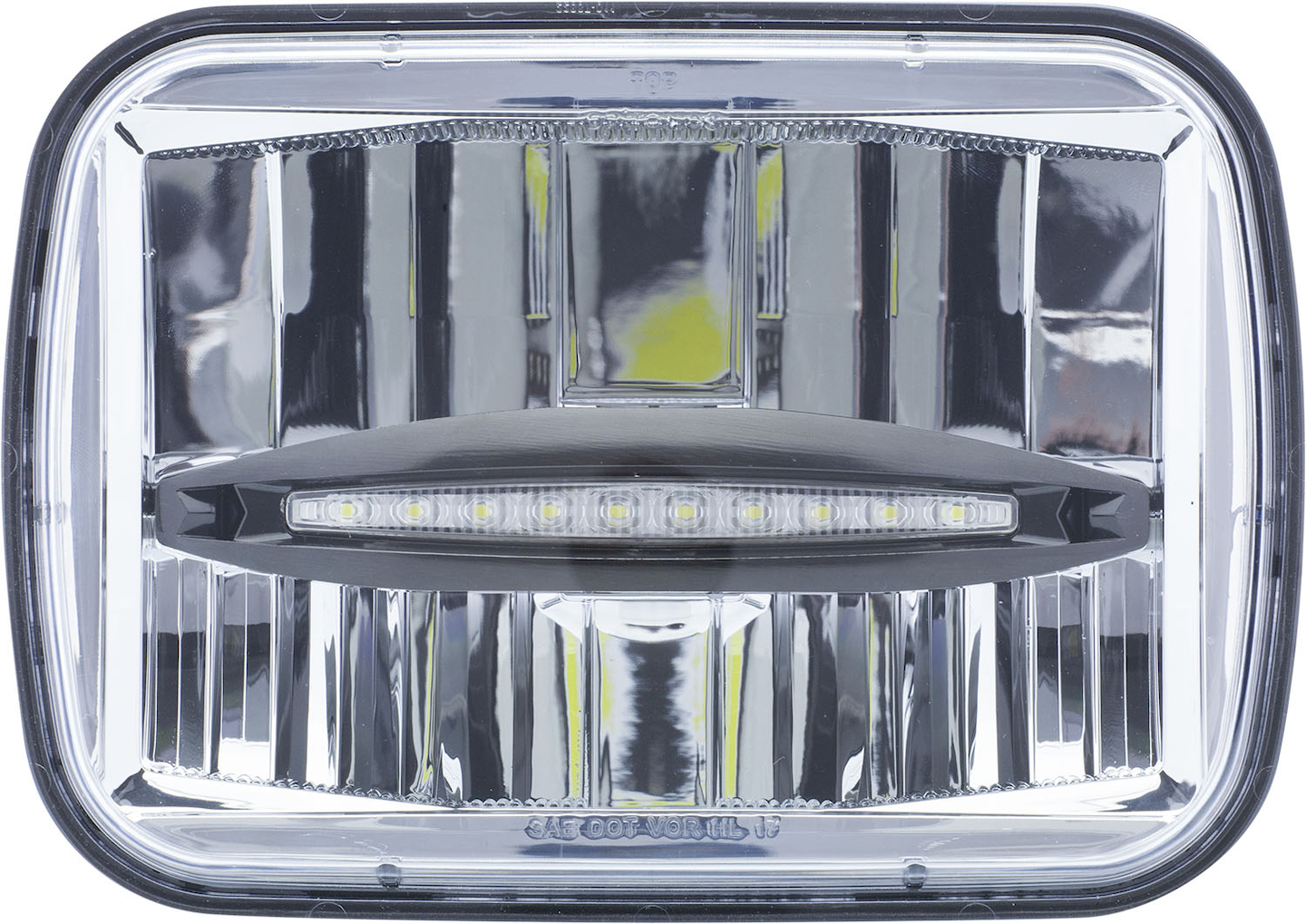 Optronics International broadened its Opti-Brite LED Headlamp family Tuesday with the introduction of its new 5 in. by 7 in. combination high- and low-beam headlamp.

Like the other headlamps in the Opti-Brite Headlamp Series, Optronics says the new lamps are designed with a unique retroflective LED light beam technology that enables them to project an optimized beam pattern conducive to superior driver comfort and performance. The lamps also feature the Opti-Brite’s signature LED conspicuity array that sets the lamps apart from all other LED headlamps on the road, the company says.

At the heart of Opti-Brite LED Headlamps are their rear-oriented LEDs. Optronics says the LEDs face backward, toward metallic parabolic reflectors that are precision-engineered to create superior high- and low-beam photometric characteristics. But the most striking feature is their stunning LED conspicuity arrays located in the center of their lens.

Behind the headlamp’s conspicuity array, Optronics says its advanced reflector geometry emits a tightly controlled blue-white light beam that approximates the color temperature of the sun’s natural light. The light quality makes it easier for the human eye to see the road, thus enhancing safety while reducing eye fatigue, the company says.

The new headlamps are engineered to accommodate from 9- to 33-volt electrical systems and Optronics says have an expected service life of 30,000 hours, 15 to 30 times that of halogen and HID headlamps. Additionally, Opti-Brite LED Headlamps carry Optronics’ no-hassle, one-diode lifetime warranty protection, which will replace the lamp if even one diode fails, the company says.

The lamps are IP67 and SAE J575e rated for ingress protection and come complete with enhanced electromagnetic interference (EMI), electrostatic discharge (ESD) and power surge protection features. All have highly durable powder-coated, die-cast aluminum housings with tough polycarbonate lenses and a special coating that protects them against the elements and cracking, fading and yellowing from exposure to UV radiation, the company says.

Opti-Brite LED Headlamps come in hardwired versions with a three-wire design with 6.5-in. leads and with standard H4 three-blade connectors for plug-and-play speed and simplicity when retrofitting any vehicle.

“Opti-Brite LED Headlamps have been gaining attention among OEMs and the commercial vehicle aftermarket,” Johnson says. “LED headlamps are the future and Optronics is helping make that future an affordable and practical reality.”

The new HLL70HLB 5 in. by 7 in. Opti-Brite LED Headlamp is expected to be available in the first quarter of 2018.