Part 1: Heavy-duty distribution’s next 1,700 days: Pure vehicle technology that could be massively disruptive

I recently got up early at Heavy Duty Aftermarket Week (HDAW) so I would not miss Derek Kaufman’s annual rundown on heavy-vehicle technology. His insights have been spot-on, including thoughts on technologies just in their extreme infancy. (When I need numbers, MacKay is it. For near-term tech, no one is better than Derek.)

One of the most telling charts was a summary of a recent McKinsey survey that showed two industry turning points:

With these milestones in mind, it seemed that a review of oncoming technologies was worthwhile. After a review, I identified six important advances. In no significant order, they are:

Whether fiber/metallic or multi-plastic formulations, these new materials offer strength and lightweight characteristics that are a vehicle designer’s dream (not so much for the service industry). These materials can be utilized in suspensions, drive trains and body components. Everything from run-flat tires and leaf springs to armor (Kevlar composite).

Used in body and trailer panels, composites offer excellent insulation. Heat reflection and refer efficiency could increase by 25 percent with a substantial weight reduction. Color-throughout alleviates the need for paint, but body panel repair is completely different from traditional body shop skills. One more advantage? No corrosion from road use.

Gone will be the idea of simple paint, if we can label today’s five-layer coating simple. Researching new directions coming soon one enters a world of rarely encountered names: phthalic acid and magnetically oriented laminar pigment. New coatings will be efficient sound deadeners and thermal insulators. Internal components will be protected by parylene compounds that can preserve electrical parts, including copper windings and O-rings and seals. UV-stable laminate films obviate the need for custom markings.

Interestingly, at the frontier of coating tech is a sharkskin-like surface with random denticles to promote aerodynamic slickness. No, I don’t see this in a spray can available at The Home Depot.

Who Is afraid of a tiny electron? Kaufman’s excellent presentation included a rundown of already announced electric medium- and heavy-duty trucks. Although electric power got its big head start in municipal buses and garbage packers, general use fleet vehicles are right around our collective corners:

If you don’t see your favorite OE nameplate, don’t despair. These are just the ones that are good corporate braggarts. The complete list is as long as this article.

With the above list in mind let’s talk electronics (other than instrumentation) that stretch traditional understanding.

Our century old reliance on Mr. 12-volt lead/acid battery is apparently over. Why? The rule of thumb is that Li-ion cells hold roughly twice as much energy per pound as the previous generation of advanced batteries, nickel-metal-hydride (NiMH). NiMH, in turn, holds about twice the energy per pound as the conventional lead-acid (PbA) 12-Volt battery that powers your car’s starter motor.

Cobalt Dioxide is the most popular choice today for small cells (those in your mobile phone or laptop). It’s been on the market for 15 years, so it’s proven, and its costs are known, though like nickel, cobalt is pricey.  Only Tesla Motors uses them — 6,831 of them to be specific — in an electric car.

Nickel-cobalt-manganese (NCM), Nickel-cobalt-aluminum (NCA), Manganese oxide spinel (MnO) and recently Iron phosphate (FePO) are all being explored. Iron phosphate (FePO) might be the most promising new cathode, thanks to its use of nano-structures in FePo cathodes, offering better power, longer life, stability and safety. Question: With all this power available, what form will electronics/electrics take? Belt-driven and hydraulically actuated accessories are a big puzzle. Innovations in electrostatic filters for air, exhaust and potentially other fluids are well underway.

Whatever the final voltage used, it will probably not be uniform across OEMs and vocations. Anyone putting a wayward screwdriver in an inappropriate place in a 700-volt setup will remember it!

So many previous technology upgrades are derived from aerospace applications… especially in the realm of materials. Why hasn’t the heavy-duty business taken more advantage of the most obvious of shared secrets – aerodynamics? The adoption of cabtoppers, trailer skirts, wheel covers and boattails all have generated fuel savings in over-the-road applications, but at the cost of additional weight.

The future will almost certainly revolve around new electronic solutions involving controlled plasma turbulence and electrostatic fluid accelerators. A plasma actuator induces a local airflow speed ‘perturbation’ (disturbance), which will develop a downstream vortex sheet. As a result, plasma actuators can behave as vortex generators, like the winglets on newer airliners.

The difference between this and traditional vortex generation (airfoils) is that there are no mechanical moving parts or any drilling holes on aerodynamic surfaces. These applications are being tested at the University of Notre Dame (Go Irish!) for trailers in conjunction with PSI and in Sweden for installation on the ‘front corners’ of tractors.

The necessity to ‘see and be seen’ predates motorized vehicles, long being a Holy Grail technology for ships at sea. Lighthouses provided passive guidance for those exceptionally lost — like GPS in our trucks. Bill Grote’s idea (1989) to replace incandescent bulbs with light emitting diodes (LED) and the development of gas discharge and enhanced LED matrix headlights represent just the beginning of next-generation efforts.

Organic LEDs (OLED) represent a huge stride forward. Essentially LEDs in sheet form, these will provide everything from complete dashboards (containing all readouts from instruments to 360° camera images) to interior lighting to external ‘billboard’ vehicle ID and advertising. This may bring about the end of mirrors and traditional analog instrumentation.

The most exciting potential comes from the potential of lasers, which can provide 2000 times the light output of LED or gas-discharge devices at half the power consumption. A single source ‘light engine’ could provide all the light needed with fiber optics. BMW already offers laser-based forward lighting on the i8, available on the net for $12,999 per pair from a BMW dealer — or Amazon (free shipping for Prime members!). Lasers can also power LIDAR (light detect and range) or V2X communications (vehicle to anything).

I found an Internet warning that ‘weaponizing’ these BMW headlights would void the warranty.

The juice still must come from somewhere. Pure electrics, using a wide variety of battery setups (see High Voltage above), can be plugged in or parked over external induction charger mats. Charging stations are multiplying quickly already.

Inductive charging (also known as wireless charging or cordless charging) uses an electromagnetic field to transfer energy between two objects through electromagnetic induction. This is usually done with a charging station but could be engineered into a roadway or garage floor.  Greater distances between sender and receiver coils can be achieved when the inductive charger uses resonant inductive coupling. Basically, park your truck overnight to get a venti-sized charge in the morning.

Hydrogen has often been viewed as an excellent power source, whether burned (ala Westport) or used in a fuel cell. Toyota and Honda both have fuel-cell vehicles on the road, betting that despite the greater complexity and cost of the hydrogen technology, its superior energy density compared with batteries will ultimately give it a decisive advantage in range.

Hydrogen’s biggest drawback so far seems to be the public’s overexposure to pictures of the Zeppelin Hindenburg at Lakehurst, N.J. As use grows, so will fueling solutions (Parker already offers a home-sized H₂ generator).

As for liquid possibilities, oil-based fuels and lubes are definitely on their way out (and I could find no evidence of interest in ‘clean coal oil’ tech). However, a new genetic-level production technique shows real promise. Through a process called CRISPR (Clustered regularly interspaced short palindromic repeats — if you must know) in combination with other gene editing tools, scientists identified and switched off genes that limited the production of lipids. This creates a ‘fat’ algae that can pump out commercial amounts of sustainably obtained biofuels, while simultaneously sucking carbon out of the atmosphere. GMO Frankenfuel has arrived!

There Are Probably Lots More!

These are the six hottest technology progressions that I feel will change our heavy-duty world in the next five years. In the next installment, we will explore the application of ‘big data’ apps on trucks, parts and service. If you have read this and say “not in my lifetime” remember that those 40,000 minutes will fly by!

If you have any ideas on this paper or the next subject, let me hear it. A simple email will make this review as inclusive as possible.

Bill Wade is a partner at Wade & Partners and a heavy-duty aftermarket veteran. He is the author of Aftermarket Innovations. He can be reached at bill.wade@wade-partners.com. 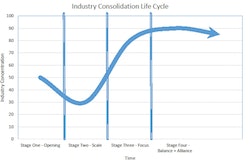 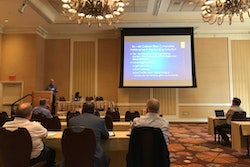 SOLD kicks off HDAW with deep dive into composite parts 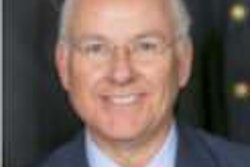 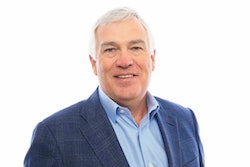