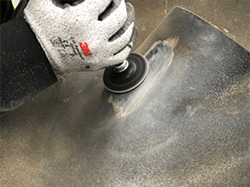 Yet despite its popularity among manufacturers, 3M say not a lot is known about identifying and repairing METTON, which, as a substrate, requires a different approach than fiberglass (FRP) and sheet molded compound (SMC).

What is METTON and where is it used?

3M says light-weighting is a process that is a high priority for heavy-duty truck manufacturers. Efforts to reduce vehicle weight are driven by Corporate Average Fuel Economy (CAFÉ) standards and competition among vehicle manufacturers. Innovative technologies and materials have contributed to the ultimate goal of delivering increased fuel efficiency to the heavy duty truck customer.

One area that has received significant attention has been the weight of exterior body panels. 3M says body panels have gotten lighter due to design, material and manufacturing improvements over time. One material that has increased in use for exterior truck body panels is METTON LMR. METTON is produced using a closed mold process that helps deliver more consistent parts with tighter tolerances, improves manufacturing cycle times and enables increased design freedom compared to other materials and processes, 3M says. This material is lighter than traditional fiberglass and SMC. Additionally, it is more rigid and impact resistant, especially in colder climates, than many plastics such as thermal plastic olefin (TPO). 3M says many exterior truck body panels today are being produced using METTON including hoods, roof and chassis fairings, bumpers and fenders.

For example, 3M adds METTON doesn’t smear and flow as much as TPO can during grinding and sanding operations. Another indication of working on METTON is the very distinct, unique odor that is produced when grinding or sanding this material.

Now that METTON has been identified, how is this material repaired? 3M has developed a Standard Operating Procedure for a Backside Reinforcement Repair and a Cosmetic Repair for composite materials that includes FRP, SMC, and METTON. 3M says repair procedures for METTON are surprisingly similar to the repair processes body technicians use for SMC and other plastics.

The most critical difference between repairing METTON and SMC is the use of an adhesion promoter such as 3M Polyolefin Adhesion Promoter. 3M says adhesion promoter is necessary to increase the bond strength between the repair adhesive and the surface of the METTON. This should be a standard practice when using adhesives on other plastics such as TPO and Polypropylene (PP) as well, the company says. 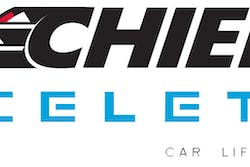 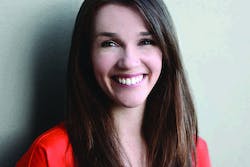 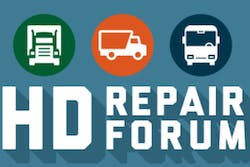 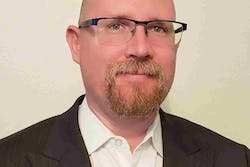