The following comes from the April 2018 issue of Truck Parts & Service.

OEM private labels draw the most ire. Rapidly expanding throughout the industry, OEMs have turned to private label brands as a tool to attract customers typically loyal to the independent distribution channel.

As manufacturers of vehicles not components, OEMs are sourcing most of these new product lines from many of the same suppliers serving the independent distribution channel and, thanks to their size, are able to purchase at volumes independent distributors simply cannot match. Those savings are then passed through to the dealer channel, allowing them to go to market supporting a national aftermarket brand with products that directly compete with or are identical to independent branded lines but priced for noticeably less.

Independent distributors say this strategy weakens their business by sowing brand confusion. Some customers are more loyal to truck badges than they are to product logos. When an OEM puts its brand equity and cachet behind a product line, even one with a different name, it’s a legitimate customer draw.

But where brand is really weakened, says Fleet Brake President John Bzeta, is when that private label box is opened and a premium brand part is found inside. It doesn’t matter if the part in question is a genuine OE replacement or a lower-tier item, once the customer sees the logo they assume the brand’s quality, he says. “Think of it like this,” he says.

“If you see a computer with an apple on it you think ‘That’s an Apple computer.’ The logo fundamentally represents quality. It earns your trust.”

Distributors add such brand misrepresentation is further exacerbated by private label quality standards. Though one common misconception the independent aftermarket levies on OEM private label brands is not true — that these brands have no quality, safety and performance standards. It is true, however, that quality standards vary for each OEM and generally fall closer in line to middle- and lower-tier aftermarket lines than genuine replacement parts.

Another white-hot button issue for independent distributors in the brand war are white box lines.

Found throughout the OES and aftermarket channel, white box lines are the industry’s true unknown — unlabeled products sold for extremely low prices with no warranty, customer support or performance guarantees. An assumption exists within the independent distribution channel that most of these parts are sourced from overseas manufacturers who are not beholden to any quality and performance standards used by premium aftermarket brands, or even private label lines. These are the “put them on and hope” lines, says John Locke, master purchaser at Point Spring & Driveshaft.

“When you buy those parts, you have no idea what you’re getting,” he says. “You might get a branded part, but you also might get some import part that will last two weeks.”

North American truck and component manufacturers also have concerns about these products, and the potential safety risks they pose to the transportation industry. Tim Kraus, president and COO at the Heavy Duty Manufacturers Association (HDMA), says his organization’s parent group, the Motor and Equipment Manufacturers Association (MEMA), is actively lobbying in Washington for “minimum acceptable standards” to be established for aftermarket parts to ensure all components in the North American marketplace meet or exceed Federal Motor Vehicle Safety Standards (FMVSS).

He adds “there is a difference between lower-priced products and truly low-price products,” and in the case of the latter, he says HDMA and MEMA are “opposed to it because where is the culpability? 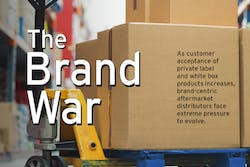 The Brand War: How private label and white box products are changing the independent aftermarket 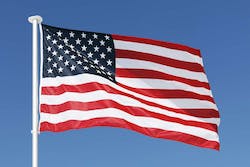 Does ‘Made in America’ matter? 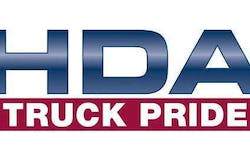 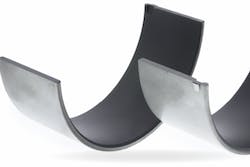