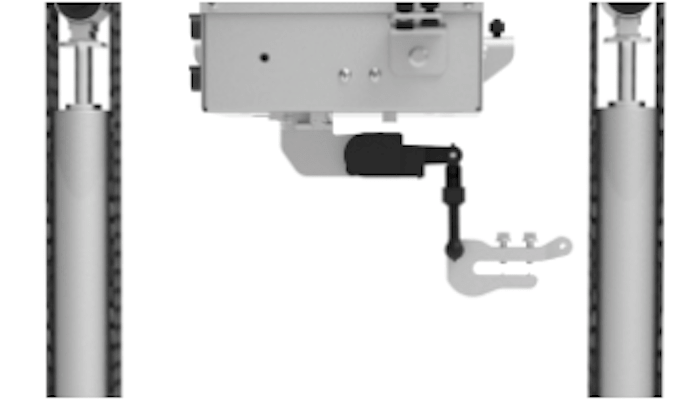 Link Mfg. has announced the availability of aftermarket kits for its ROI Cabmate Semi-Active Cab Suspension.

Unlike traditional cab suspensions that are tuned to deliver a specific quality of ride only within a narrow range of surface and load conditions, the ROI Cabmate adapts to whatever it encounters. The ROI Cabmate’s electronic control unit uses proprietary algorithms to interpret a constant data stream from an accelerometer monitoring the motion of the cab, and a position sensor measuring the position and velocity of the cab relative to the frame. The system responds at speeds beyond human perception, adjusting shock absorber stiffness with computer-controlled precision. The result is optimized ride comfort, improved cab stability and an overall reduction in noise and vibration, the company says.

“Our state-of-the-art ROI Cabmate suspension sets a new benchmark, responding to changing conditions in real time, making hundreds of adjustments per second and delivering an ultra-premium driving experience that simply wasn’t possible before and isn’t available with any other cab suspension,” DeGroff says.

A vehicle upfitted with the ROI Cabmate will operate in a constant state of dynamic dampening that produces an optimal ride for drivers and passengers, improving alertness and reducing fatigue, Link says. Regardless of what a vehicle’s wheels encounter, the ROI Cabmate responds instantaneously, with the ideal stiffness to control and reduce cab motion and vibration. The system also counteracts the effects of wind shear as well as turbulence from other vehicles.

During the process of developing and refining its aftermarket kits, Link logged more than three million miles of field-testing data for the system. Among the participating fleets were C.R. England, Ploger Transportation and Valley Transportation in the United States and XCF Transporte Carga Consolidada in Mexico.

Link’s ROI Cabmate Semi-Active Cab Suspension System also has an electronic height control feature that does not fill or exhaust air in response to suspension motion, minimizing air consumption compared with standard height control valves. The entire ROI Cabmate system operates on less than 10 watts of power and is designed to be ready for CAN bus integration in an OEM factory installation scenario. The system also features built-in stand-alone diagnostic capabilities, Link says.