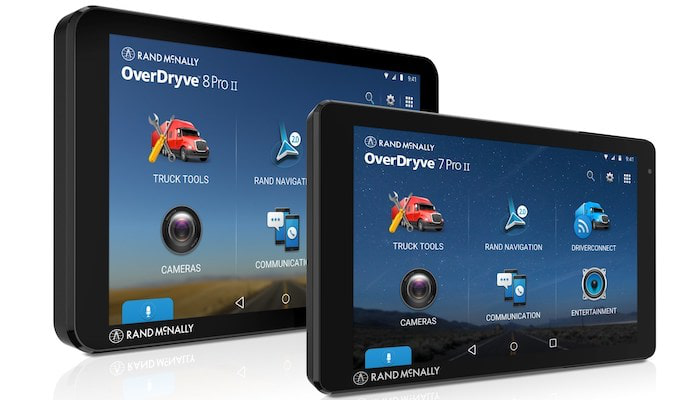 Following the launch last October of OverDryve 8 Pro II — the next generation of its top-end trucking device – Rand McNally announced the availability of the OverDryve 7 Pro II.

The new device, with a vibrant, high-definition 7-inch screen, is powered by Rand Navigation 2.0, the industry-leading navigation built specifically for professional drivers, the company says. The 2.0 platform, which debuted last year, includes more truck-specific routes than other providers as well as data overlays to help drivers.

Beyond navigation, the OverDryve 7 Pro II has been redesigned with upgraded processing power to be three times faster than the first-generation device. After months of testing and refinements, the new OverDryve 7 Pro II is fast and fully featured.

Rand McNally  says key features of the OverDryve 7 Pro include:

The OverDryve 7 Pro II is the latest product in the company’s line of dedicated in-cab devices to be moved to the Rand Navigation 2.0 platform. The  company also is offering the navigation software as an Android app for trucking fleet subscription.