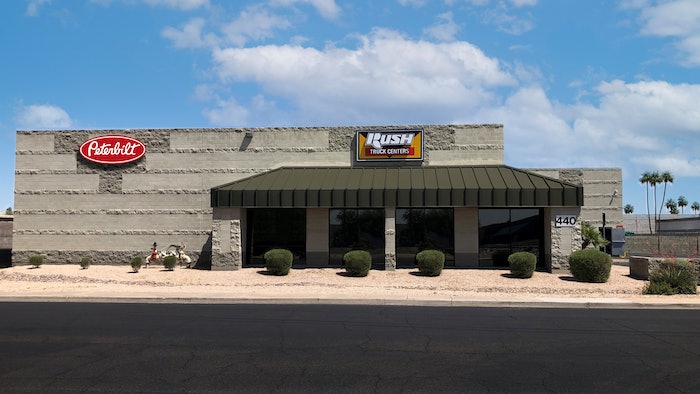 Rush Peterbilt Truck Center, Phoenix East, opened in late March and is a parts and service location featuring eight service bays, 1,000 sq.-ft. of parts retail space and 3,000 sq.-ft. for parts inventory. The Phoenix East store is located with easy access to U.S. Highway 60 and U.S. Highway 101. This is the latest addition to Rush’s network of Peterbilt Dealers located across 22 states.

“We’d like to congratulate Rusty Rush and Rush Peterbilt Truck Centers as well as Scott Pearson and Peterbilt of Atlanta on their latest store openings. These two additions to the Peterbilt Dealer Network play an important role in ensuring Peterbilt customers receive the highest level of service in the industry,” says Peyton Harrell, Peterbilt director of dealer network development.