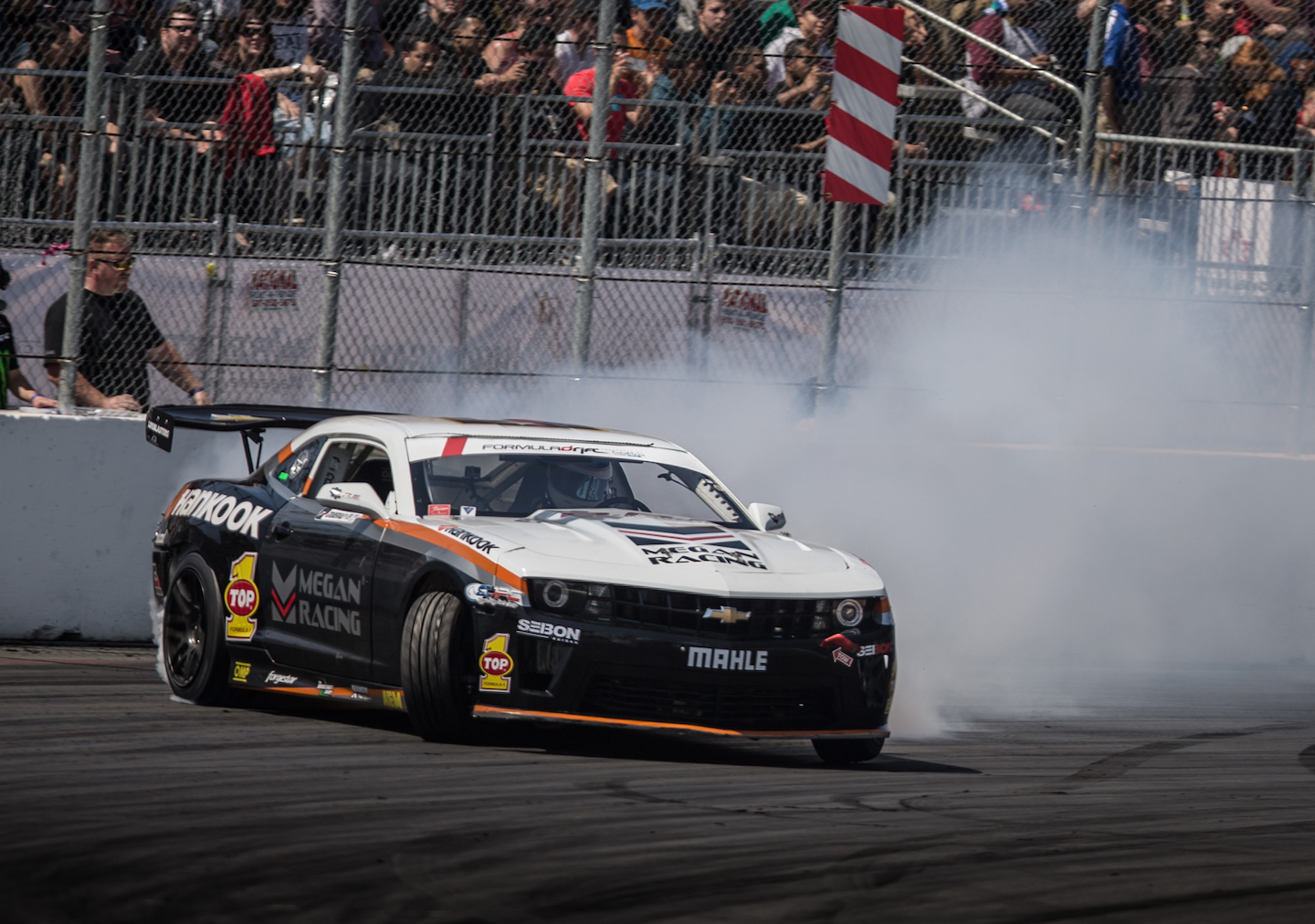 As an official partner, MAHLE Aftermarket Inc. will provide technical support for Grunewald and his Formula DRIFT Chevrolet Camaro. It will also have the MAHLE brand decal displayed on the No. 79 car.

“As a leader in motorsports with various partnerships in Circle Track, Drag Racing, Formula 1, and Diesel Motorsports arenas, we have the experience to provide Grunewald with the technical knowledge needed to succeed in the Formula DRIFT series,” says Jon Douglas, General Manager, MAHLE Aftermarket. “Conrad Grunewald is a talented driver and we are pleased to support him as he competes in the 2014 Formula DRIFT series.”

“I am looking forward to having MAHLE on-board with us this season,” says Conrad Grunewald. “In addition to their deeply rooted history and success in motorsports, they are exceptional people to work with and provide unparalleled products. I am thrilled about the partnership.”

MAHLE Aftermarket says formula DRIFT is the first official drifting series in North America. Grunewald has been competing in the series since its inception in 2004, and formed the Conrad Grunewald Racing Team in 2009.