I may have come on a little too strong last month during Heavy Duty Aftermarket Dialogue (HDAD). There’s a chance I may not have either (time will tell), but after the first discussion at last month’s event was so singularly focused on vehicle electrification, I wrote on this website that the “the age of electric trucks will arrive this decade.”

Considering this decade is only … (checks calendar) … 48 days old, my statement was hardly a grand proclamation. It’s barely a proclamation at all. But after hearing Delphi CEO Rick Dauch and Dana CEO Jim Kamsickas talk about electric vehicles that morning as if they were destined to show up in your service bay at any moment, I felt I had to make a declaration of some sort. I’ve kicked the can down the road on electric trucks before — giving them the Dippin’ Dots style “trucks of the future” treatment — because I couldn’t offer a realistic timeline for when they’d hit our industry.

I didn’t think I could do that again last month. Not after listening to those execs talk about them with such certainty.

Then again, maybe I should have just waited a couple hours. The electric truck revolution may still be coming, but it’s likely not as imminent as those executives made it seem.

Just a few hours after Dauch and Kamsickas exiting the HDAD stage in Dallas, a panel discussion was held between Meritor’s Joe Plomin, NACFE’s Mike Roeth and Gio Sordoni with XOS (formerly Thor). Sordoni seemed to grab the electrification baton and run with it, spending much of the first half of the session diving deeper into electrification technology with Roeth, touching on alternative powertrains currently available or forthcoming to the industry and the markets where they seem most likely to be adopted.

Like the earlier executives, Sordoni was bullish on electrification and its future in commercial trucking, touting the growing regionalization of freight movement — “two-thirds of freight moved in 2018 moved less than 100 miles by truck,” he said — and the impact more stringent emission regulations will have on the marketplace.

“There are a lot applications that are well suited for electric trucks: dedicated or predictable routes that return to a home base, last-mile and parcel delivery,” he said. “There are a lot of Class 7 and 8 trucks that aren’t going more than 150 miles a day.”

Werner Enterprises Senior Vice President Scott Reed seemed to confirm Sordoni’s statement during a fleet panel an hour later when he admitted Werner’s dedicated routes have grown from 35 to 60 percent of the carrier’s business in four years but, despite that transition, Reed also was quick to point out his fleet’s makeup hasn’t suddenly changed.

As the 11th ranked fleet in the 2019 CCJ Top 250, Werner Enterprises has nearly 7,900 trucks in operation. Reed says just one is of the electric powertrain variety.

One truck. For one of the largest fleets in North America. Not quite what I’d call a revolution.

PepsiCo’s Keshav Sondhi also was on the HDAD panel and he admitted his fleet is much further along on the electrification path, but PepsiCo is a private fleet with unique cargo and route structures. More than half of its assets are medium-duty delivery units in urban areas — exactly the market where Sordoni said electric trucks make the most sense.

Additionally, while Sondhi said PepsiCo is adding its first batch of Class 8 electric trucks to its operation later this year, all of those trucks will be domiciled in central California, a state and region where electrification has the most benefits and fewest drawbacks. And Sondhi said the company doesn’t have plans to roll out more Class 8 electrics at this time.

So, what’s the electric takeaway? It can probably be whatever you want it to be.

I’m confident in my HDAD statement that more electric trucks are coming for our market. Private carriers and parcel delivery businesses like PepsiCo (or Amazon) are willing to invest in the technology because of their route structures and the markets where they work. I think we’ll see more over the road (OTR) fleets like Werner dipping their toe into the electric space as well, testing the equipment to determine if the ROI makes sense for their routes. Sordoni mentioned at HDAD that electric trucks have a third fewer components than their diesel counterparts, making them easier to operate and maintain. I think that’s going to sell some customers.

I don’t think any resale concerns will stop inquisitive purchasers either. Yes, there isn’t much market for a used electric truck right now, but the used diesel-powered truck market isn’t doing any better. I question if a substantial resale market will formulate at all.

Sondhi says PepsiCo keeps its electric box trucks for years with little thought given to the secondary market. He says the company’s focus is on maximizing the useful life of the battery. What if fleets choose to replace batteries in their equipment instead of buying new trucks? I’m sure the cost today would be enormous, but who knows what’s going to happen by 2030. Ten years is a long time.

In the meantime, I’d focus more on your area of operation and customer makeup than supplier chatter when it comes to electric truck adoption. If you’re selling parts and service to OTR fleets in west Texas right now, you’re probably fine. But if you’re in a city, and there’s a truck with a parcel company’s logo on it in your service bay, it’s time to take note. 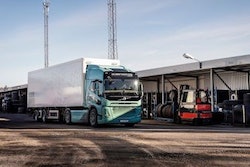 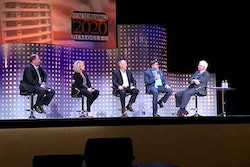 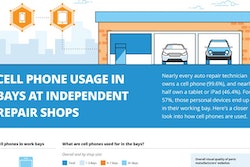 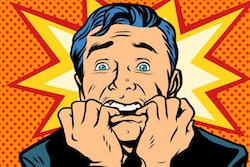