Freight market course corrects downward; yet still 'much to like' in market 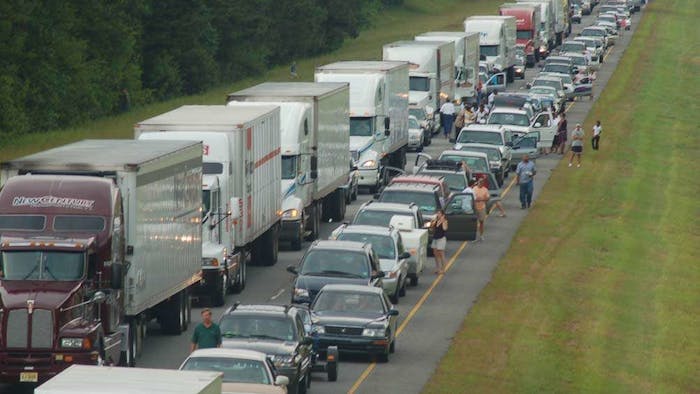 ACT Research reported Tuesday in its newest North American Commercial Vehicle Outlook release that economic metrics in the transportation space have stopped moving 'up and to the right' on charts and graphs for the first time in nearly two years.

Freight rates began to fall in March and have continued thus far in April.

“While a mid-2022 deceleration in freight activity and rates has long been anticipated in ACT’s freight market research and the timing of the turn was as anticipated, the magnitude of the correction was considerably larger than expected,” says Kenny Vieth, ACT Research president and senior analyst. “Early April data suggest rate moderation continued.”

Vieth adds other transportation metrics, such as load/truck ratios and load turndowns, also fell sharply in March, moving from tight to neutral levels and reinforcing the weakness exhibited in spot rates.

Yet despite these shifts, Vieth says there are still reasons to be optimistic for the commercial vehicle sector. March's downswing does not necessarily mean a further slip is coming.

“There is still much to like about the current situation. Carrier profitability, pent-up demand, and pre-buying remain large forces that should propel the industry into the end of 2023. And, while the risk of stagflation has grown, part of the ‘-flation’ is a wicked-hot U.S. (and Canadian) job market,” he says. “As well, and unlike say, 2007, consumer debt service as a percentage of disposable income is running well below the record levels of the pre-Great Recession period, and corporate profits are at all-time highs, so there is greater capacity economy-wide to absorb shocks.”