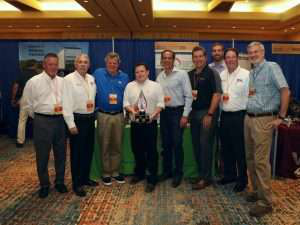 PSI says Utility Trailer was chosen as the recipient again this year recognizing the trailer OEM’s exceptional support for the Meritor Tire Inflation System (MTIS) by PSI with the ThermALERT option, as well as its overall OEM customer excellence.

PSI’s patented ThermALERT option is the only wheel end heat sensor that is part of an automatic tire inflation system (ATIS), warns drivers of potential catastrophic excessive wheel end heat. PSI says it has been standard on ATIS-outfitted Utility trailers since it was introduced to the commercial vehicle industry by PSI in 2006.