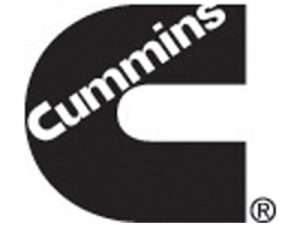 Cummins Inc. reported revenues of $5.5 billion for the fourth quarter of last year, an increase of 22 percent compared with the same period in 2016. The company attributes a majority of the growth to strong demand for trucks, construction and mining equipment. Sales in North America and international markets both increased by 22 percent.

“The company delivered strong growth, solid profitability and record operating cash flow in 2017,” says Chairman and CEO Tom Linebarger. “We expect demand to remain strong in many of our core markets in 2018, and profitability to improve as a result of higher sales and continued execution of our cost reduction initiatives. The company again plans to return at least 50 percent of operating cash flow to shareholders in 2018.”

Based on the current forecast, Cummins expects full-year 2018 revenues to be up 4 to 8 percent, and Earnings Before Interest, Taxes, Depreciation and Amortization (EBITDA) to be in the range of 15.8 to 16.2 percent of sales. EBITDA for the full year 2017 was 15 percent of sales, excluding the impact of U.S. tax reform.