Too much of a good thing?

With another monumental order month in the books for June, the Class 8 new truck market appears well on its way toward a record setting year. FTR reports Class 8 orders for the last 12 months at 411,000 units, while ACT Research pegs the market’s seasonally adjusted annual rate at 492,000 units through year-to-date June. Both numbers are unprecedented.

Fleets are adding units at a pace not seen since 2006, when the industry went crazy ahead of the implementation of the Environmental Protection Agency’s (EPA) Phase 1 fuel economy and greenhouse gas regulations. But while those purchases were clearly motivated by an outside influence, the genesis of the industry’s current boom is harder to source.

The economy is strong and freight rates are up — and at some point, this tariff situation is going to come into play — but right now I haven’t seen a single thing that would justify Class 8 orders staying this high for this long. Class 8 orders have exceeded 30,000 units nine months in a row. June orders were more than double what they totaled a year ago (41,800 units to 17,600 units in 2017, FTR reports) and have tracked nearly 20,000 units above 2017 monthly totals for the entirety of this year.

There’s just no precedent, or reason for this … Unless the backlog is really that bad … And it sounds like it might be.

ACT Research President and Senior Analyst told The Wall Street Journal Thursday “we’re expecting in June that the backlog will rise to a level we haven’t seen since about 1999,” while FTR Vice President of Commercial Vehicles Don Ake said in his company’s monthly order report that the industry’s current demand can be traced to “burgeoning freight growth and extremely tight industry capacity.”

Regarding the latter, Ake said the OEM supply chain has been strained to a point where truck makers are unable to acquire the parts and components they need “to build more trucks fast enough.

“This bottleneck is causing fleets to get more orders in the backlog in hopes of getting more trucks as soon as they are available.”

Think about that and what it means. So many fleets ordered so many trucks in such a short period time last winter that a larger than normal backlog developed and, due to strong freight and tonnage rates, rather than waiting for the backlog to subside before ordering more trucks, fleets responded by ordering even more trucks even sooner than normal, squeezing supplier capacity even tighter and making the backlog even larger.

I checked around the industry on this issue this week and found out the supplier capacity shortage is everywhere. It’s not one part or OEM. Fleets that have long preferred to order in June for fall delivery are finding out they may not get their new units this year. Other fleets are pushing their fall orders up to now just to get on the list. As for fleets who preferred the year-end orders, no one really knows when their trucks will be ready.

It makes me wonder what comes next?

Are fleets going to continue ordering early, increasing the backlogs just to ensure that at some point in the future the trucks they need will eventually be ready? Will anybody skip a year and hold their new order until the market subsides, or they can’t wait any longer? What about alternative channels? Can this help the used or lease/rental markets? If the backlog is as bad as it appears I can’t imagine leasing companies are having any better luck getting new units than fleets, though it may be possible they still have units available from last year.

I don’t know what’s coming next, but one thing is for sure, we’re in uncharted territory. Let’s hope this extended boom doesn’t end with a crash. 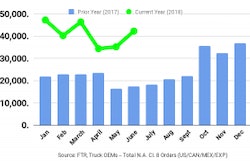 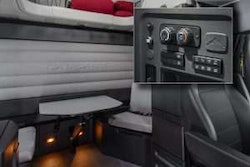 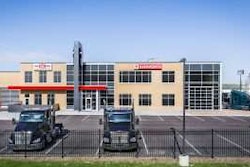 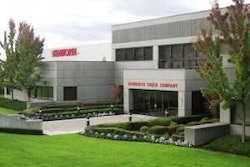