Cummins Inc. has announced the production of the 2 millionth engine at its Jamestown Engine Plant (JEP) in Jamestown, N.Y. JEP remains one of the company’s largest manufacturing facilities; it accounted for 14.7 percent of Cummins total engine production in 2017.

“We credit much of our success to the hard-working employees that commit themselves every day to provide products and services that meet or exceed our customers’ expectations,” says Anna Dibble, Cummins JEP plant manager. “They work to provide this company with quality products that we feel proud to stand behind. They are also committed to improving where they live; JEP annually contributes $1 million back to the community through charitable donations.”

With 1,700 employees working in the facility, JEP has grown approximately 20 percent since 2012, and is the largest private employer in Chautauqua County, N.Y. International trade has been the single most important contributor to Cummins growth and hiring for nearly two decades. Half the company’s business is outside of the U.S. Because of its global presence and ability to export, Cummins suppliers, which are primarily small and medium-sized businesses, also are growing.

“Jamestown Engine Plant plays an important role in our company’s ability to produce a broad range of engines for different customers around the world serving a wide variety of markets,” says Brett Merritt, Cummins vice-president, On-Highway Engine Business. “From the first engine built at the plant in 1981 to our innovative technologies today, which have reduced emissions by 98 percent, JEP provides engines that offer solutions that represent the strength of our company and the power, reliability and durability customers have come to expect with a Cummins heavy-duty engine. We will continue to invest in innovations in our diesel and natural gas products, and JEP will be important to Cummins, our customers and our OEM partners for many decades to come.”

Navistar and Penske Truck Leasing are the recipients of Cummins’ two millionth engine.

“Navistar and Cummins have a strong history of working together to serve our customers,” says Michael Cancelliere, Navistar president, Truck and Parts. “Navistar is excited that Cummins’ 2 millionth engine is going to one of our mutual customers in our International LT Series truck. We look forward to continuing our partnership with Cummins to bring value to our customers.”

Cummins plans to hold an employee appreciation celebration in August at the Jamestown Engine Plant to recognize those who have made this accomplishment possible. 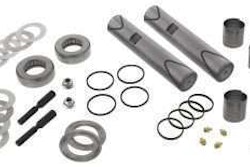 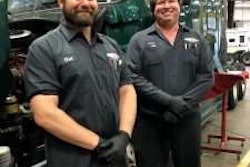 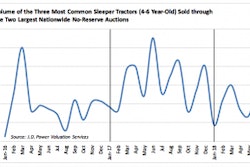 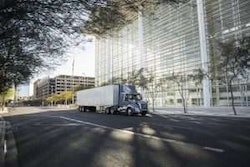